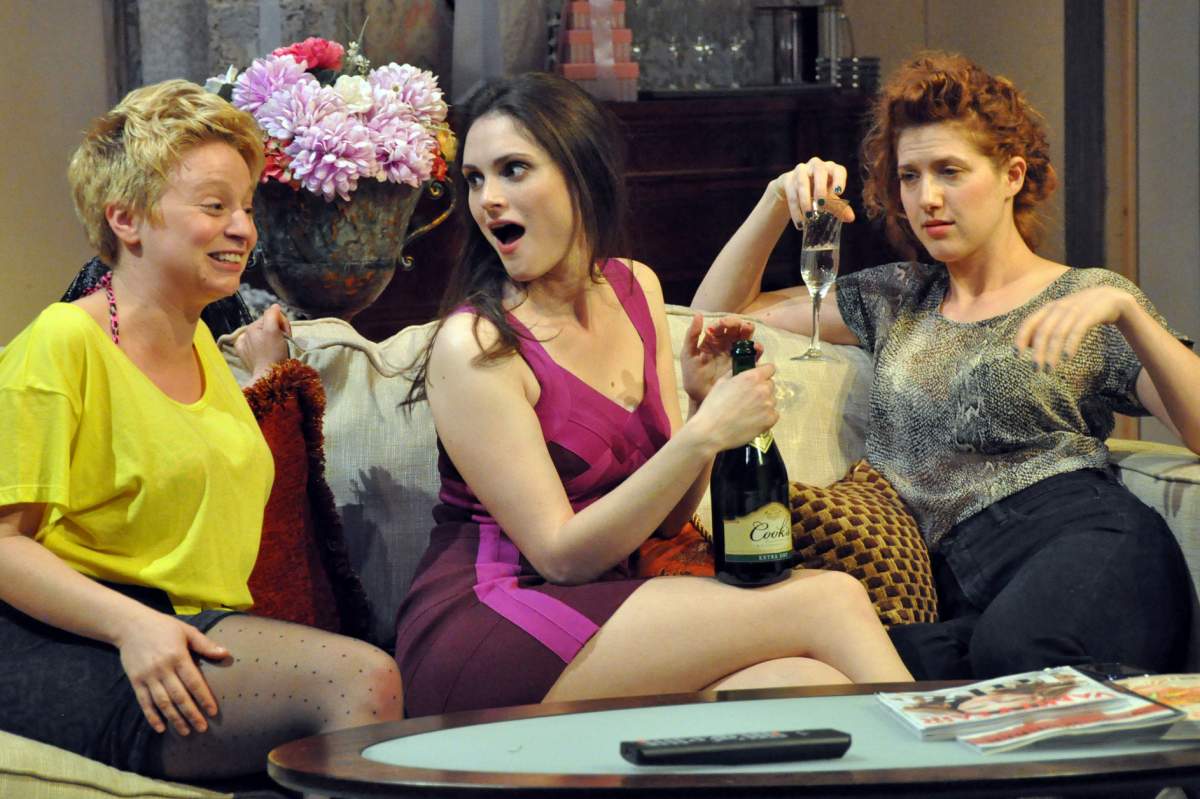 The setting for Leslye Headland's dark comedy Bachelorette  is a posh Manhattan hotel suite.  Bride-to-be Becky, played by Emily Solt, is anticipating a lovely evening of bonding with her maid of honor. But the maid has invited a couple of rowdy friends along and in an evening fueled with champagne, stronger chemicals and even stronger emotions there's more than a little comic chaos.

"The playwright Leslye Headland actually wondered why there had never been a female ‘hurly-burly' and that's what she that's what she sat down to write," says the Cardinal Stage Company's founding Artistic Director Randy White. "We do see ourselves as a regional producing theatre and our audience does expect us to be a bit edgy at times and this really fills the bill."

Emily Solt, who plays the bride-to-be is a doctoral candidate in voice in the Jacobs School, just about the age of her character Becky. "Yes, in fact right now I'm actually planning for my own wedding," she says. "So I think that I really identify with some of Becky's feelings, especially the excitement of the anticipation."

"I was taken by just how well Headland has captured the sort of in between age of the late twenties," says White. "It's one of those times of transition between what you might have thought you'd be and what you seem to be becoming. The way that the women react to one another and their openness was one of the things that drew me to the script, the other was that it's just so darned funny."