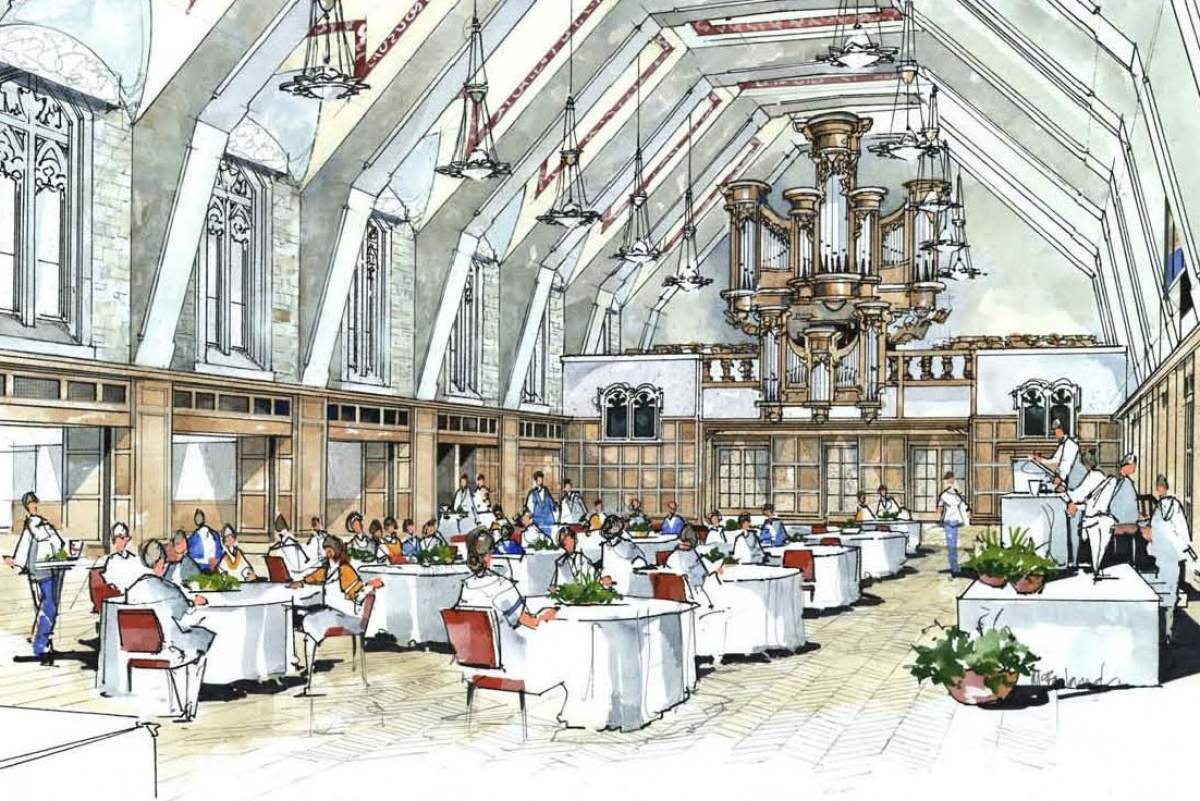 The Jacobs School of Music and Indiana University have just announced the acquisition of a significant organ by builder C.B. Fisk, the same builder who designed and installed the Seward Organ which now graces Jacobs' Auer Hall. The new organ, known as the Opus 91, will be installed in a renovated Alumni Hall at the Indiana Memorial Union.

Jacobs School of Music organ curator David Kazimir explained the moment when the Fisk company contacted him with this opportunity.

Â It was November of 2010, and I got an email from Greg Bover and Steve Dieck saying, "Do you think IU would be interested in the Littlefield Fisk?" And after I picked myself off the floor, I went and found Janette, and that was basically the start of it.

The Chair of the Organ Department, Janette Fishell says that in addition to the Seward Organ, Fisk Opus 135, the Opus 91 will provide a greater depth of study forÂ organ students.

We have a very large organ department. In a day when many organ departments in conservatories and schools of music are shrinking and, very sadly, some are drying of them are even drying up completely, we're very fortunate to have a thriving program that is growing by leaps and bounds. Those students need not only more instruments, but they need a variety of instruments to fully gain the expertise they need in a variety of styles.

For an organist in this day and age, to be an expert in our field, it's understood that you have competency if not expertise in the full range of repertoire from the 15th century/16th century through today. And that means you have fluent technique that takes you from all the instruments that represent the historic range.

That Opus 91 is in the French Baroque style of construction, which as David Kazimir explains, comes with some unique challenges itself.

Like Auer Hall, it has all mechanical control of the keys- tracker action -which is direct control of the organist having over the valves of the wind chest. And the stop action is all mechanical. You've heard the phrase, "pulling out all the stops."Â Well, this comes from the ancient days of organ playing before electricity in which you physically pulled a switch into position to turn on the organ stop, and the Organ in Alumni Hall, which is Opus 91 in the Fisk work line, has mechanical stop action, so our students will have the experience of not only playing the organ, but they might be up there with a performer assisting as registrants.

Hopes are that the instrument will be installed beginning May of 2013. Plans are underway for dedication concerts in Fall of 2013.