At The Intersection Of Academia And Activism, Alexandria Hollett Found Poetry 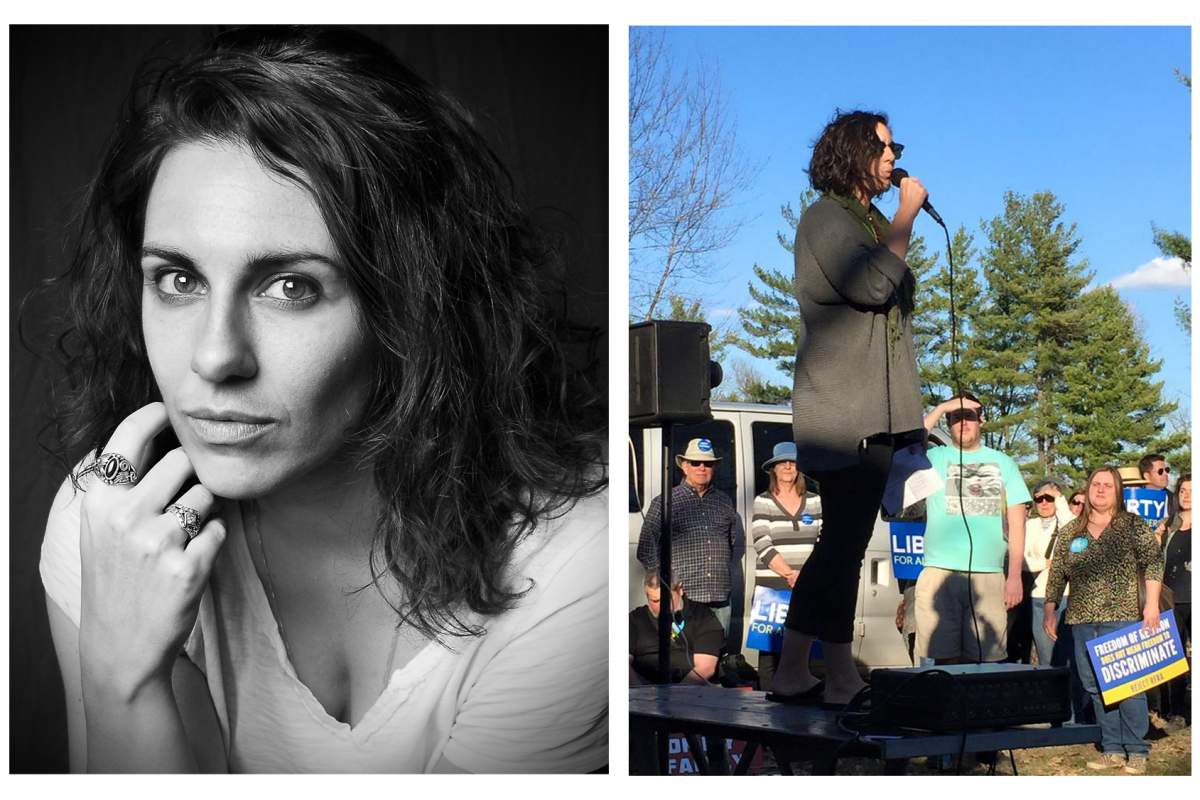 Alexandria Hollett calls herself a poet, an academic, an activist and an educator, "And I never want to let any of those identities go."

She can pinpoint the moment when those identities coalesced. It was March 31, 2015. She was one of about 200 people gathered at Bloomington's Karst Farm Park, protesting Indiana's Religious Freedom Restoration Act, which was signed into law by Governor Mike Pence five days earlier. She was scheduled to perform her poem toward the end of the rally. In an ideal world, she would have memorized it, but this piece had to be fast-tracked. So, she was clutching a piece of paper with some notes on it.

"It was crumpled. There were so many marks all over it. I had written and rewritten this poem. It was not in any kind of coherent. It was only that I could understand how to get through it. And it was sweat stained," she says.

The stage was a picnic table. She was very nervous.

I have embodied characters, and I have told somebody else's story and told somebody's else's truth and acted that out. This is you completely. It's not only your performance and how you are in front of other humans. It's your mind, your heart, what you believe in. Putting it all out there for people to love or hate or not care about at all. And that is a vulnerable position to be in.

This moment was a lifetime in the making, starting in Plymouth, Indiana, taking her to Chicago and then to Bloomington.

Click Play at the top to hear Alexandria's story of academia, activism and poetry.