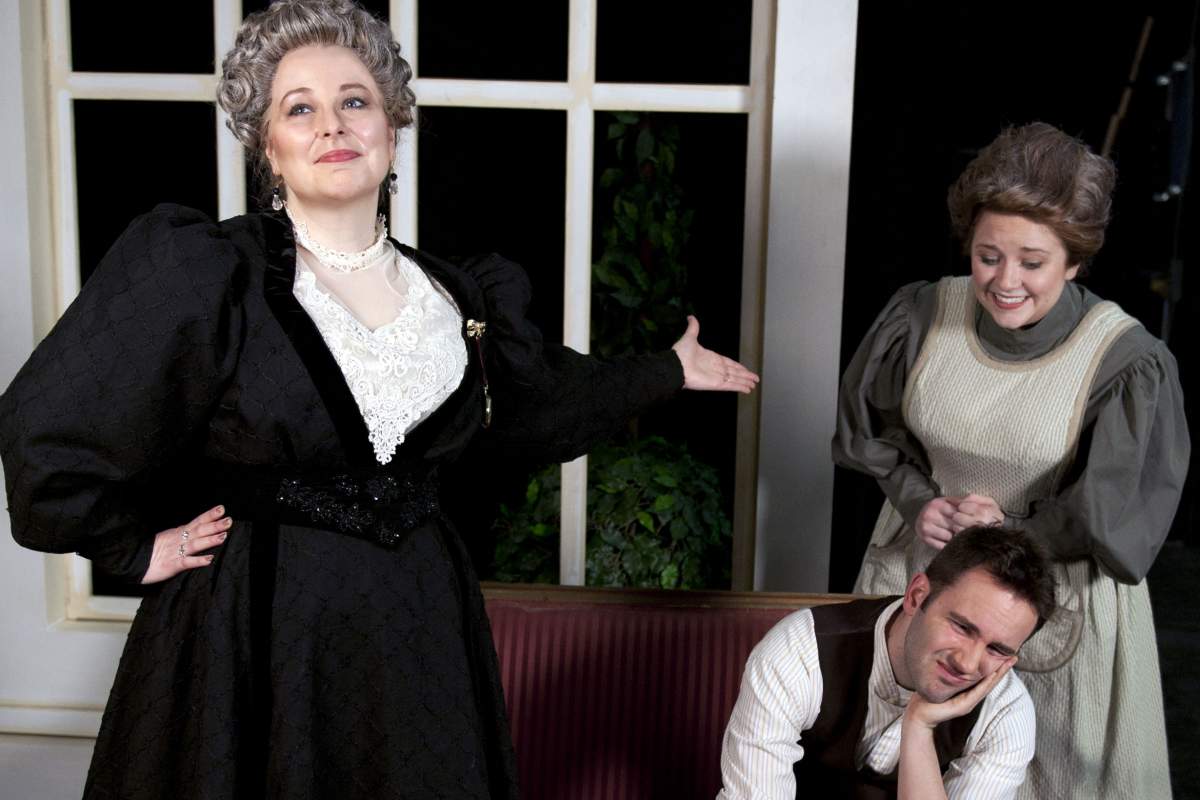 As spring approaches in a bucolic, turn-of-the-century English Village of Loxford, the local aristocrat Lady Billows has decided to revive the May Festival of her youth, complete with a virginal Queen of the May. Although the school mistress, the mayor, and the vicar all present candidates, the lady's snoopy housekeeper has black marks against the names of each. It's the police superintendent who suggests that shy Albert Herring might be a King of the May. Poor Albert (played by the very appealing Asitha Tennekoon) is suppressed by his mother, dismissed by the worthies, patronized by his friends, and even taunted by the village children.

During the festivities, a couple of Albert's chums put a bit of rum into his lemonade, and the drunken Albert heads off for an evening carouse. The next day Albert is still missing. The town's worthies, his friends, and even some children are in on the hunt. As search after search turns up empty, all gather for a formal threnody. The doleful music is going so well that they're actually rather angry to see it interrupted when the bedraggled, but far from sorry Albert returns.

In the production of Albert Herring directed by Andrew Marvel, all the worthies of the village seem to be bubbling over with releases of sexual repression. Advanced individual and group leering, ogling, and exhibitionism are very much on display. Especially in the first act, it's sort of a choreographed Keystone Kops with echoes of the dance of death on overdrive. It's too bad that Albert's drink isn't spiked with Spanish Fly instead of just rum, and a bit of a let-down when all that he confesses to is rolling around drunk in a couple of gutters.

Composer Britten's musical skills and depth are very much on display in Albert Herring with styles that clearly separate his upper and lower characters, frequently in quite lovely and often in amusing ways. Although there are super titles, his vocal settings are so adept that except in the larger groups and in the upper ranges of the females, I didn't need them. The very clever orchestration uses a small ensemble, just a string quartet and a woodwind quintet with harp, piano, double bass and a single but very active percussionist.

Conductor Arthur Fagen skillfully brought together the music from the stage and from the pit, in a performance with plenty of rhythmic and dynamic vitality.

The IU Opera Theater's production of Albert Herring has final performances Friday and Saturday at eight and Sunday at two in the Buskirk-Chumley Theater.