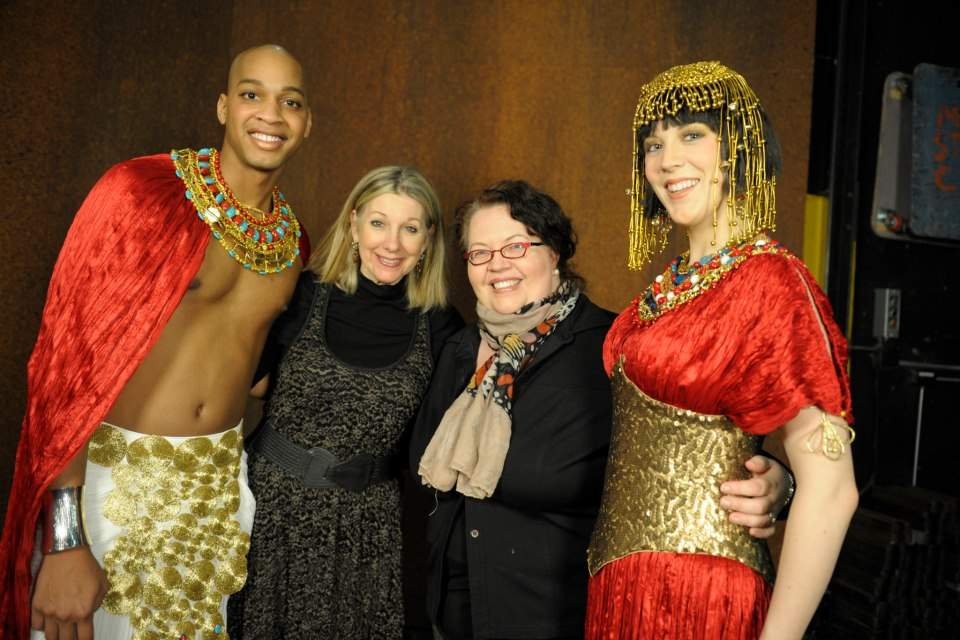 Indiana University Opera Theater presents the story of the life and revolutionary religious ideas of the Egyptian Pharaoh Akhnaten in the opera by Philip Glass in a production conducted by Arthur Fagen with stage direction by Candace Evans.

The story of Akhnaten comes from ancient Egypt, but the IU production opens and closes in the present. "We begin with a modern scene of upheaval using projections of contemporary images. And we will close with a modern scene.  They are bookends for the ancient story with the unique things that are happening in Egypt today" says guest director Candace Evans.

It's a return engagement for Evans as she directed IU's recent production of Leonard Bernstein's Candide. As a stage director Evans draws on her background as an opera singer, a ballet dancer, and a choreographer.

Although the story of Akhnaten is told in separate vignettes, Philip Glass's music tends to slow flowing changes. "Yes," agrees Evans.  "In my staging I've tried to create increased flow of action. I think it's imperative that the world become very clear and very human. And so I'm trying to coordinate the on stage action with the music as one scene moves into another."

Our notions of ancient Egypt aren't usually the "very human" that Evans is striving for. "Yes," she agrees.

"The massive pyramids and the giant sphinx, they're not dainty. And so we are allowing that sort of inference in our set design. But, I'm hoping that it won't dwarf the people, but rather will frame them because their ideas and visions were very large though their stature may be smaller than the walls around them "

Performances in Bloomington are on February 22nd and 23rd, and March 1st and 2nd. Then the production moves to Clowes Hall in Indianapolis for performances on March 8th and 9th.