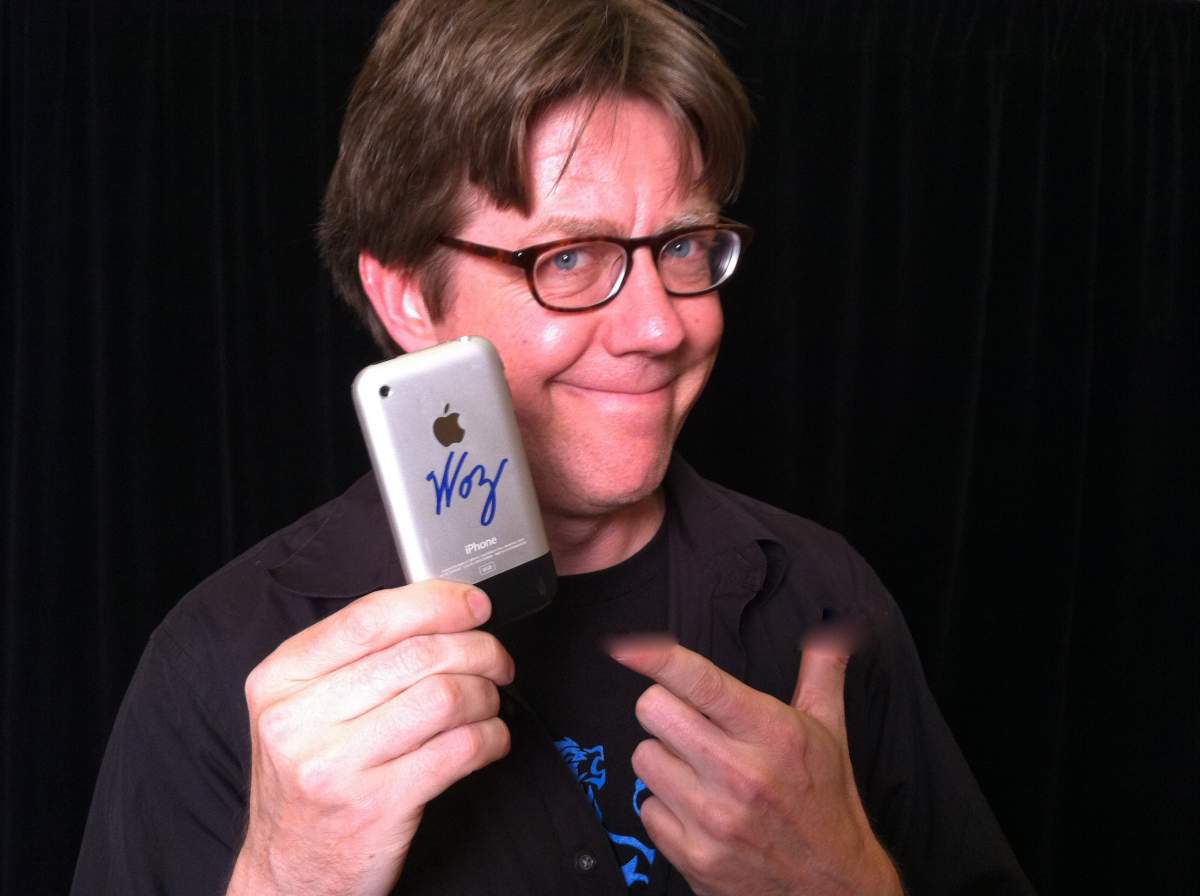 The Cardinal Stage Company's production of Mike Daisey's The Agony and Ecstasy of Steve Jobs,directed by Randy White, is a comic monologue, but one with a serious purpose. Guest artist David Knell is the narrator for the one-man show. In the carefully crafted theatre piece, scenes alternate between Daisey's lovingly illustrated and described personal  and, at times, ecstatic love affair with the growth of the Apple computers and his agony as he investigates the human cost to the Chinese workers who produce them.

Daisey has been performing The Agony and Ecstasy of Steve Jobs thousands of times since 2010. While his very entertaining history of Jobs and Apple computers has held up, there's been a heap of criticism of his free-wheeling approach to his story of investigating the abuse in the factories. This American Life first aired a substantial excerpt and then angrily pulled it with an apology. His translator in China has failed to back some of the quotes. Other reporters have questioned his methods and his results.

However the piece moved people. Thousands e-mailed Apple with their concerns. The New York Times and others followed Daisey's investigation with more journalistic approaches. Both Apple's chain of production and the factories came under more intense scrutiny. There have been some changes and his theatre piece has been part of the impetus.

Daisey's theatre piece has continued to evolve. There's been an "Agony and Ecstasy" 2.0, and further revisions have followed. Currently, the author offers the material as an open source with permission to anyone to use it as they may. Cardinal Director Randy White has elected to stage the controversial original for the strength of its emotional impact and perhaps "deeper vision of the truth."

David Knell is an engaging narrator. I particularly enjoyed the setting of the initial scene in China and the alternating chapters of Steve Jobs' career. More than one audience member laughed out loud as Knell related the pains of sitting through tedious power point presentations.