Agnes of God at Indiana State

I'm George Walker for WFIU arts. Arthur Feinsod, a faculty member in the drama Department at Indiana State University, is directing a zoom production of Agnes of God as his swansong.

I'm kind of curious about why you chose Agnes of God in the past. You've chosen things that had multiple characters a complicated almost Shakespearean story. Why did you choose a psychiatrist, a prioress, and a novice?

Arthur Feinsod: You know, George, there's a number of reasons. First of all, I saw a beautiful production of it at Saint Mary, the Woods, maybe 10 years ago, and I said, wow, that's a really nice play, and maybe I would someday revisit. And as you know from my past, the one factor that I could say unites almost every choice that I ever make. The plays have something to do with faith. I believe very strongly in faith, in whatever shape or form it takes now I'm president of the Interfaith Council of the Wabash Valley. So, I'm thinking about faith a lot.

So, I thought back about Agnes of God and its exploration of faith. It's not an easy road in that play faith in a complex contemporary world with issues of abuse and atheism and nihilism. And I think it's an exploration. that's deep, and that forces you to think about faith.

And it comes from different perspectives. You know you have a psychiatrist who is an atheist and kind of heroic character in many ways. A kind of a tragic hero if you will.

George: And comes from the outside of the story.

Arthur: The story of Agnes of God. The flashback scenes are pre pandemic, right? So, there's no masks. And the scenes that take place in the present of the play. It's like it's happening right now.

George: Arthur reflects on his career in the theater.

George': What caused you to leave Trinity College ?

Arthur: I had this experience of spending a semester at University of North Carolina at Asheville and really enjoyed working with public University students as against private University students. You know the kids at Trinity were wonderful, well educated, but they were, you know, privileged. group when I went and met first generation college students at in North Carolina, I thought, you know something I'd like to finish, career teaching first generation college students.

Arthur: That was one of the positives. Remember, I started with that international initiative.

George: Yeah, that was quite a run., tell us about the story of Agnes of God.

Arthur: A baby was found dead in a wastepaper basket. The mother was found unconscious, and it was all in the convent. Police got involved now. The young nun who is accused of strangling the. Baby and who has no recollection of this incident at all, needs to be interrogated by the psychiatrist who is trying to find out whether she was insane, temporarily insane, or she has a long-term insanity issue.
Then what to do with her? Should she be in prison? In the mental hospital or should she live out the rest of her life and then?

George: The Mother Superior is kind of mitigating, I think.

Arthur: Is she's fighting to keep Agnes in the convent. However, the psychiatrists had experiences in her life been very negative in relation to the church and she does not think that the convent is the right place for her. She also feels chest to get to the bottom of who really killed this baby is who is the father of the baby.

All these unanswered questions, the play is very exciting. It's sort of like a murder.Mystery, and it's also explores faith. Do we have miracles today? Do we have Saints today? Do we have Angels? And if there are Angels, how did they operate within the psychology of the human being?

Arthur: I can't promise you an uplifting ending. I could promise you an ending that leaves you thinking it's not a play that you leave, say, OK, great, let's go and have pizza. 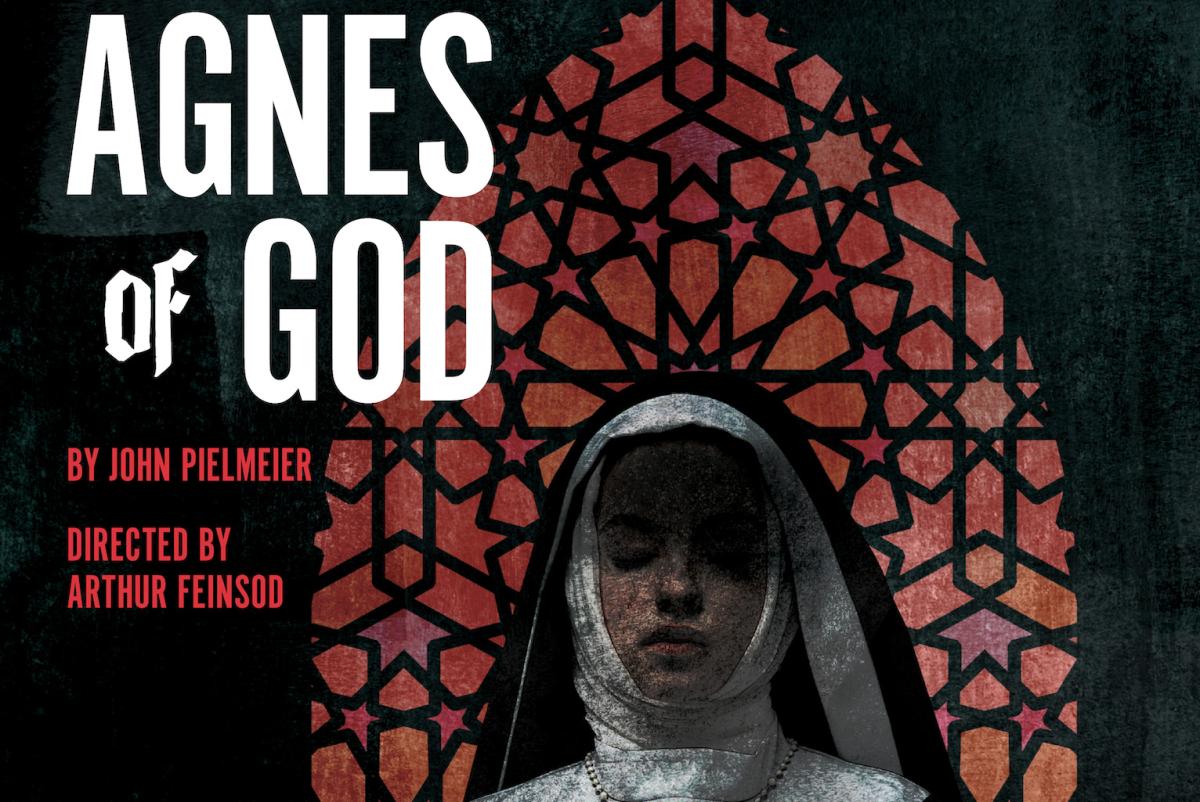 A psychiatrist, a mother superior and a novice all with conflicting motives.

ISU's director Arthur Feinsod talks about his career at Indiana State and explains why he chose Agnes of God as his final directing chore.