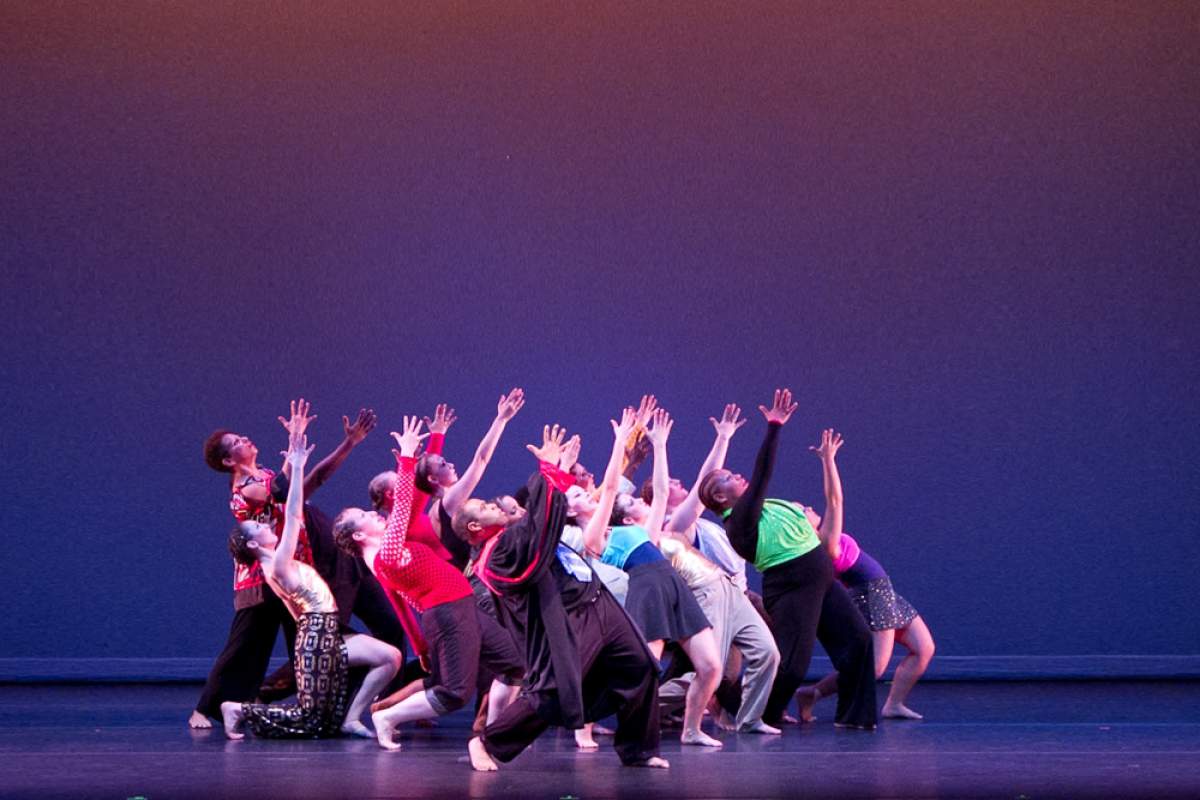 She watches her 14 dancers closely, stopping them occasionally to correct their timing.

Rosa is the director of the African American Dance Company, and has just days to get her dancers ready for the Potpourri of the Arts.

The Potpourri of the Arts is put on by IU's African American Arts Institute and will include performances from the African American Choral Ensemble and IU Soul Revue as well as the Dance Company.

This event is one the Company's major performances of the year, and getting ready for the Potpourri means learning not only new movements, but new cultural traditions as well.

Their upcoming performance includes multiple dances, and tells a story of struggle, and the difficulties of modern political life.

"It begins with a dream sequence," Rosa says. "The person in the dream is caught up in what is the state of the world today. And so we have worked on pedestrian-type movements."

During the first dance, the tempo is slow, the style modern. Barefoot dancers form a circle, facing inward, then fan out in flowing movements.

Then, as dancer Geneva Moore describes, the mood shifts. "As we progress through the dance, more and more tension begins to build up," Moore says. "Our movements become more tense, more grounded, until we get to the war dance and we're in full out war."

In the war dance, dancers face off in pairs and do their best impression of warriors as they stomp their feet and move their bodies to the music.

Rosa says it can be hard to get the dancers, many of whom are 18 or 19 years old, to understand the struggle of a war dance, to make its aggression believable.

To help fill this knowledge gap, in addition to learning the dances, students are expected to understand the dance's origins.

"When we first learned the war dance, which is part Haitian and part Ghanaian," Moore says, "we sit down and have historical discussions about the Haitian revolution, and you can kind of see connections between things that were going on in the past and things that are going on in the present....Some things have changed, but there's always a struggle going on.'

The African American Dance Company performs dances from the Black Diaspora, such as places in Africa and the Caribbean. They incorporate these movements into dances to tell contemporary stories, like the political story they'll be telling on stage-just four days after the presidential election.

It's these modern story lines that give the traditional dances their meaning. Rosa explains:

You can perform them very traditionally, but you can take them and put them in another space, too. We have a new generation that is being affected by so many things in society, and they want to keep those traditional dances, but they want to create ownership too.

It's that idea, Moore says, that sets the African American Dance Company apart from other groups.

And right up until the Company goes on stage at the Potpourri, Rosa will be working with her dancers to help them fuse traditional movements to modern tastes.

Andy Shaw contributed to this report.