A Night with Busman's Holiday and Ross Gay

[“Only Ones” by Busman’s Holiday]

Adriane Pontecorvo: Busman’s Holiday is a band made up of brothers Addison and Lewis Rogers. They've been making music together for over 15 years now and fans know them for their remarkable combination of powerful songwriting and onstage charisma—and they’re nothing short of superstars in their hometown of Bloomington, Indiana. On Sunday, November 13, they’ll welcome new album Good Songs with a release party at the Buskirk-Chumley Theater. Joining them will be local writer Ross Gay, who will read his own works to celebrate his newest collection of essays, Inciting Joy. Addison, Lewis, thank you so much for coming in to talk with me today. Can you give us an overview of the new album and how it fits into the Busman's Holiday body of work?

Lewis Rogers: This newest work is more lively, it's more funky, maybe more experimental for us in certain ways.

Addison Rogers: Yeah, the way that we're going, I'd say it's about the boogie.

Lewis Rogers: It's the first time people have danced at our shows, so that's a very nice.

Lewis Rogers: Yeah, that’s right. There's an exuberance to the new work. They’re good songs, you know what I mean?

Addison Rogers: Well, we started the album before we released our previous record, and then we started recording it in Montreal. We worked again with Mark Lawson, who we've produced our last couple of records with, and then we took it down here and recorded vocals and overdubs at Primary Sound, and now we are finally getting around to self-releasing this time, which is really nice.

Lewis Rogers: And then I was at Bloomingfoods and I saw Ross, and we started talking about our new works. He had a new book coming out and we had a new record, and it culminated in, “Hey, do you want to… do you want to do something?” And then, “yeah, of course.” I said, “What's the name of your new book?” And he said, “Inciting Joy,” and I said, “Our new album’s called Good Songs!”

Lewis Rogers: Just a really classic kind of band setup is kind of, this album really lends itself well to, and with almost an Otis Redding-type of setup. So it feels great to be able to just fill that out even that much more and just give the pieces the expansiveness that they have.

Addison Rogers: We've been playing with this group now for about five or six years, maybe, with our buddy Bryce Martin playing bass for us and Aja Essex and Matt Nowlin playing trumpet and sax for us. And so it's nice to be representing an album that definitely fits that sound that we've sort of been culminating for a while.

Adriane Pontecorvo: It's exciting to hear also that expansive sound with very intimate lyrics, like that songwriting is still there on the new album, that same heart-on-sleeve intimacy of that songwriting.

Lewis Rogers: Yeah, it'll be really nice to play some of the ballads and have that, the dichotomy of that.

Addison Rogers: Oh yeah, for sure. Nice to play some stuff that both has, yeah, a catchy hook, and also potentially has something that speaks to your soul a little bit.

Adriane Pontecorvo: What should people expect from this show, from the event itself?

Addison Rogers: So we're going to have three horns with us, bass player, looks like we're probably going to have a percussionist with us. Ross will be delivering some of his works. We might do a little something fun on stage together. And yeah, I would say a little life affirmation, maybe.

Lewis Rogers: Hopefully we’ll be inciting joy with our…

Lewis Rogers: No matter what happens, I'm really excited to just be there with Ross and us and have that feeling on stage.

Adriane Pontecorvo: We've been talking with Addison and Lewis Rogers of Busman's Holiday. They're celebrating the release of their new album Good Songs with a show at the Buskirk-Chumley Theater on Sunday, November 13. For WFIU, I'm Adriane Pontecorvo. 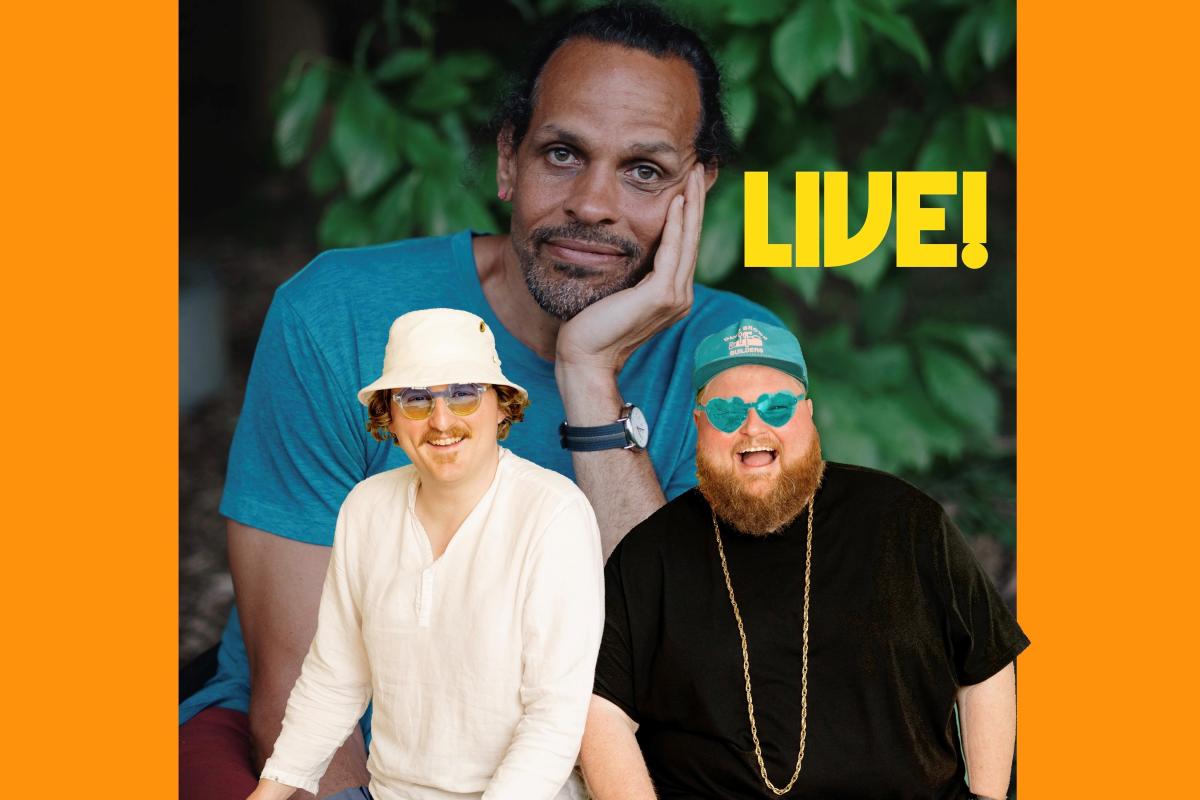 Busman’s Holiday is a band made up of brothers Addison and Lewis Rogers, who have been making music together for over 15 years now. Fans know Busman’s Holiday for their remarkable combination of powerful songwriting and onstage charisma, and they are nothing short of superstars in their hometown of Bloomington, Indiana. On Sunday, November 13, they welcome new album Good Songs with a release party at the Buskirk-Chumley Theater. Joining them will be local writer Ross Gay, who will read his own works to celebrate his newest collection of essays, Inciting Joy. More information about A Night with Busman’s Holiday and Ross Gay is available at the Buskirk-Chumley website.