In his early years, Son House had no intention of becoming a bluesman. He hated secular music with a passion. He was born into a strictly religious family in Lyon, Mississippi in 1902 and named Eddie House Jr. By fifteen years old, he was giving sermons. In his early twenties, he became a paid pastor. That job didn’t last long. House started drinking and having romantic affairs, and he couldn’t bring himself to preach a lifestyle he didn’t practice. By 25, Son House had left the pulpit. That’s when House turned to the blues.

It was a chance encounter. House says he was on a walk one Saturday night when he ran across local musicians performing at a house party. One of them was playing guitar with a bottleneck and making sounds House had never heard before. He was captivated and spent the next year teaching himself to play.

Years of singing in church and his newfound love of what he saw as decidedly nonreligious music led House to develop his own style. He layered powerful, rhythmic strumming with impassioned lyrics, making for blazing acoustic sounds with a unique intensity. In just a few years, Son House had become a bluesman’s bluesman.

When the legendary Charley Patton heard House busking, he started inviting him to recording gigs. By 1930, House was making records for Paramount. They didn’t sell as well as they’d hoped, but it wasn’t for lack of skill. Alan Lomax even recorded House for the Library of Congress archives in the early 1940s.

House was one of many African Americans who moved from rural communities in the South to urban spaces in the North during the Great Migration. In 1943, he left Mississippi and headed for Rochester, New York. But Rochester wasn’t a good place to make it as a bluesman. Instead, House got a job working in manufacturing that got him through World War II. Later, he went on to work in one of the few reliable engines of class mobility for Black men at the time. He joined the Pullman Company as a train porter. Decades passed. It wasn’t until the mid-1960s that a group of promoters tracked him down. They encouraged him to return to music. In the midst of the folk blues revival, he became a sensation, playing at folk festivals across the United States and Europe for the next decade until his second retirement.

One of the early shows of this renaissance was in 1964, at Wabash College in Crawfordsville, Indiana. Son House had just finished a series of live shows including a set at the Philadelphia Folk Festival when he started touring Midwestern college campuses. Only the Wabash College show was taped in full. For decades, the recordings stayed in the collection of Son House’s manager Dick Waterman. Now, they’ve been painstakingly remastered and released in the form of new album Forever on My Mind, out now on Easy Eye Sound.

Forever on My Mind is unlike most other live albums. There’s hardly a sound from the audience. Just about the only thing we hear from start to finish is Son House over the slight hiss of old tape. It feels fitting. Son House’s blues always sound stark, and on Forever on My Mind, he’s completely unadorned. As the album starts with its title track, he plucks out single notes in a slow, barebones melody that gradually leads him into languid chords. House’s voice is as expressive as it’s ever been, an appropriately bluesy balance of strong, groaning, and gravelly. Even after decades of retirement, he’s clearly a capable singer. In a single verse, he will glide from the main vocal line up into easy falsetto and then ground himself with earthy grunts.

We get a better sense of Son House as he launches into “Preachin’ Blues.” He picks up momentum and shows off his sense of humor. “I wanna be a Baptist preacher so I don’t have to work,” he sings. The crowd laughs. It’s one of the only audience reactions on the whole album, and it’s a turning point for the whole show. It seems to invigorate House’s performance. His vocal delivery gets stronger. His riffs get fuller. From this point forward, there’s a new energy to every tune. Son House is back in his comfort zone.

Each song spins a meaningful narrative on multiple levels. On “Empire State Express,” House sings about his woman leaving on a train he can’t stop. His guitar picks up steady speed. His voice might not quite hit a whistle pitch, but the volume is there. It’s clear by the end of the song that the train has left the station. “Death Letter” comes next. It’s a true tragedy as House mourns a wayward lover who has passed away and reflects on the sorrows intertwined with love. Underscoring the emotion here are House’s eerie, dissonant chords, spaced out and beyond melancholy. The dynamics of his voice shift to reflect the many facets of grief: pain, anger, sadness, resignation.

The rest of the album feels like true, archetypal blues, with House singing about heartbreak and hard labor over sparse accompaniment. Every track is a poignant reminder of House’s roots, transporting us to the early days of Delta blues.

It’s hard to imagine what the room must have felt like the day that Son House came to Wabash College just from listening to Forever on My Mind. His resonant strings and heartrending vocals cut through an almost overwhelming silence on every track. Maybe it’s the silence of a spellbound audience. Son House in the 1960s was still a masterful storyteller. There’s as much fire to his singing here as on any of his early records.  Another point crucial to this album is how much care the Easy Eye Sound team has taken in mastering these recordings. This isn’t a surprise. Easy Eye Sound is operated by Dan Auerbach of the Black Keys, whose production credentials are well-established. Still, it’s easy to overlook the work needed in both respecting and restoring archival music for a contemporary release. Here, that work is masterfully subtle. House’s instruments, voice and guitar alike, are clear and present. The emotion that makes his voice so important comes through in spades.

It’s been 120 years since Son House was born. It’s been 58 since he came to Crawfordsville, Indiana, as a master musician all but forgotten. That day, he played to a fresh crowd eager to connect with blues of the past, and he did it superbly. Forever on My Mind keeps the memory of Son House’s Wabash College show alive, an invaluable record of his style for a new audience of listeners everywhere.

That was Adriane Pontecorvo, reviewing Forever On My Mind, a new release of a 1964 concert by Son House at Wabash College in Crawfordsville, Indiana. 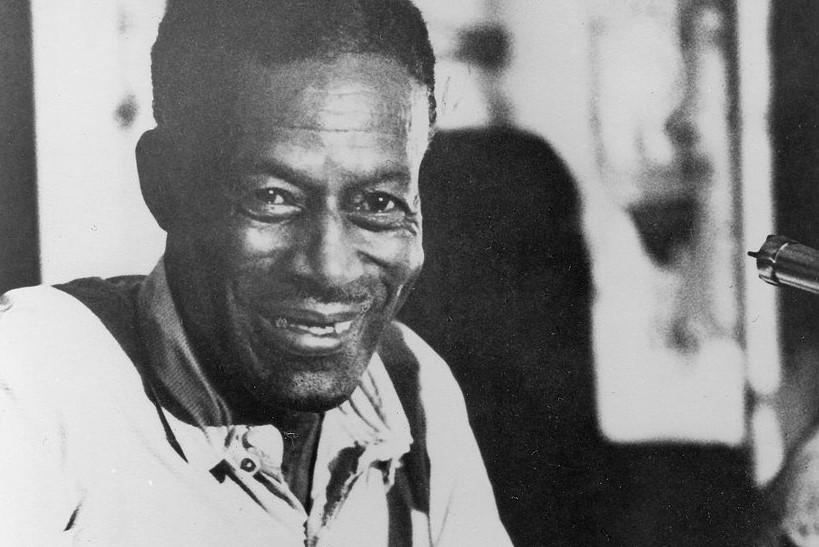