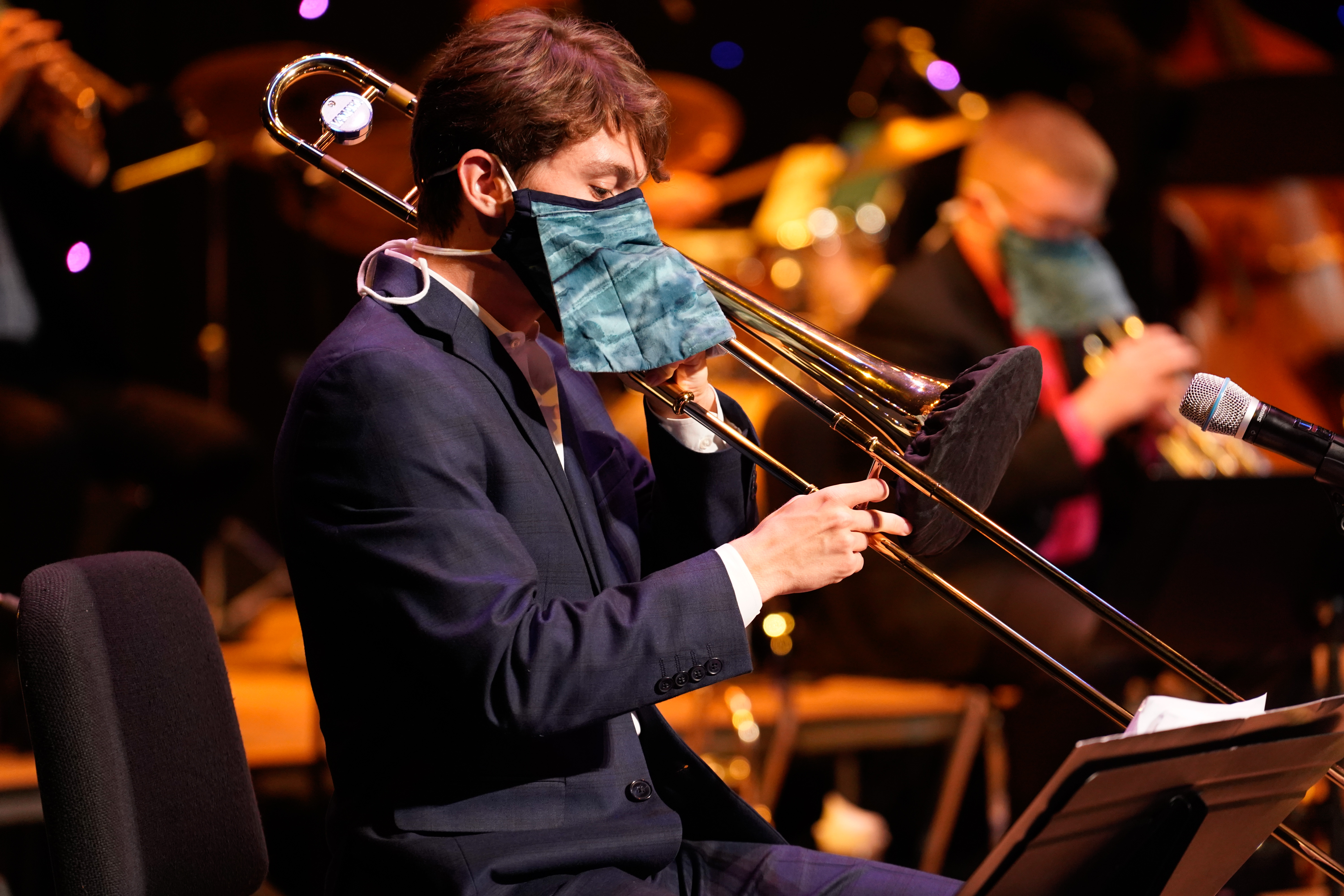 A masked player with a masked trombone (Tom Walsh)

According to Tom Walsh, Chair of the Department of Jazz Studies at the Jacobs School of Music, the most compelling reason to find creative and safe ways to rehearse during a pandemic also spoke for itself.

“It’s the sound,” Walsh said. “The first time we got together to play in the fall semester. It was just a thrilling moment to hear the student musicians playing together.”

Walsh said that deliberations about how to approach the rehearsal of music ensembles began not long after the initial appearance of the novel coronavirus in Indiana.

“Back in May we were having discussions about what we would do in the fall for ensemble and how we would handle health and safety.
How would we play a wind instrument with a mask?” Walsh explained that a potential solution revealed itself very close to home.

“My mother is a talented person in terms of sewing,” Walsh said, “so. I posed the question to her. She said, ‘Well, you could have a mask with a flap.’ I said, ‘that sounds pretty cool. What would it look like?’ She said, ‘I’ll make you one.’

Hear more about finding just the right kind of mask—for performer and instrument alike—in my interview with Tom Walsh.