The Foreigner...Someone We Could All Use A Bit Of 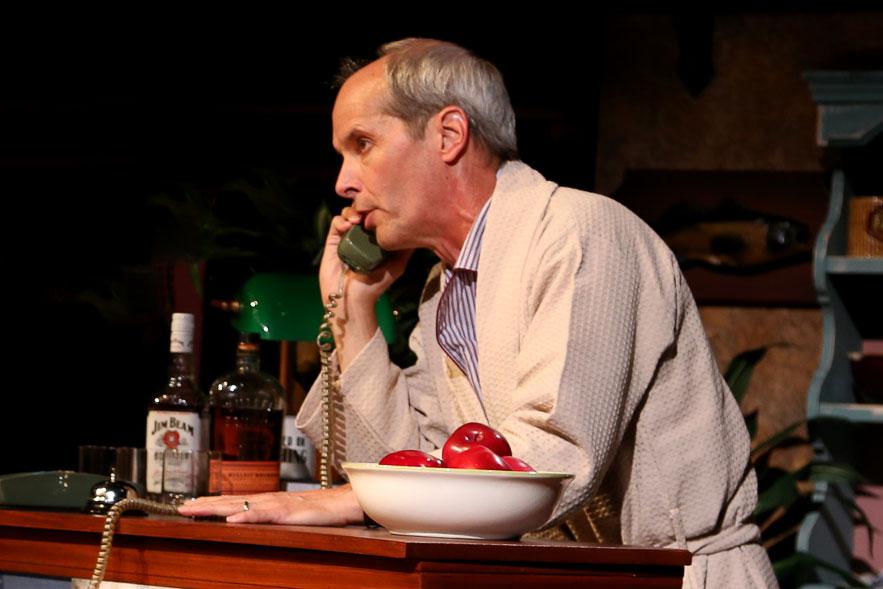 Larry Shue’s The Foreigner is the comedy third leg in The IU Summer Theatre’s triumvirate of the mystical Our Town and the musical The 25th Annual Putnam County Spelling Bee.

Charley, a shy English proofreader and his old army friend “Froggie” Le Sueur arrive at a Georgia fishing lodge run by Betty Meeks. To give Charlie a rest, “Froggie” passes him off as a foreigner who knows no English. At first Charley resists, but is caught hearing some secret things from post debutante Catherine Simms and her husband to be Reverend David Marshall and has to play along.

As no one thinks Charley understands he becomes a sounding board for thoughts, concerns and dreams. On the lighter side, Betty blossoms a bit and confesses that she feels years younger. Catherine finally has someone who will simply listen while she works her way into post-deb adulthood. Her slow younger brother Ellard delights in playacting with Charlie and even takes pride in in teaching him English.

On the darker side, Charlie hears the reverend plotting with Owen Musser, a corrupt local building inspector to use the marriage to the wealthy Catherine for the money to buy the lodge and with Musser to make it the center of the state’s headquarters the Invisible Empire of the Ku Klux Klan.

Joshua M. Smith made a suitably British “Froggie.” Mark Ulrich at first was a bit too bedraggled as the shy Charlie, but grows on one. Karen Woditsch was a favorite as the spirited owner Better Meeks. Michael Bayer made a nicely sanctimonious reverend. Glynnis Kunkel-Ruiz charmed as the maturing Catherine. Max Weinberg’s growing confidence as Ellard was lovely. James Hogan was suitably frightening as Owen Musser.

IU presented The Foreigner at Brown County during a strong season at the Playhouse in 1987. That’s more than thirty years ago. There is plenty of fun in the show. I especially enjoyed the breakfast play-acting as Charley grew into his role with Ellard at the breakfast table and the later language games. And the staging of the final confrontation with the Klan and Charley’s clever plan and execution is a nice theatrical surprise.

But as director Jonathan Michaelsen notes  Owen Musser’s “we could make this country clean again” seems much more serious and a lot less comical than it did that summer of 1987.

Scenic design is by Dan Tracy with costume design by Linda Pisano, lighting design by Allan Hahn and sound design by Andrew Hopson

You can find reviews and arts interviews at WFIU dot ORG slash ARTS.