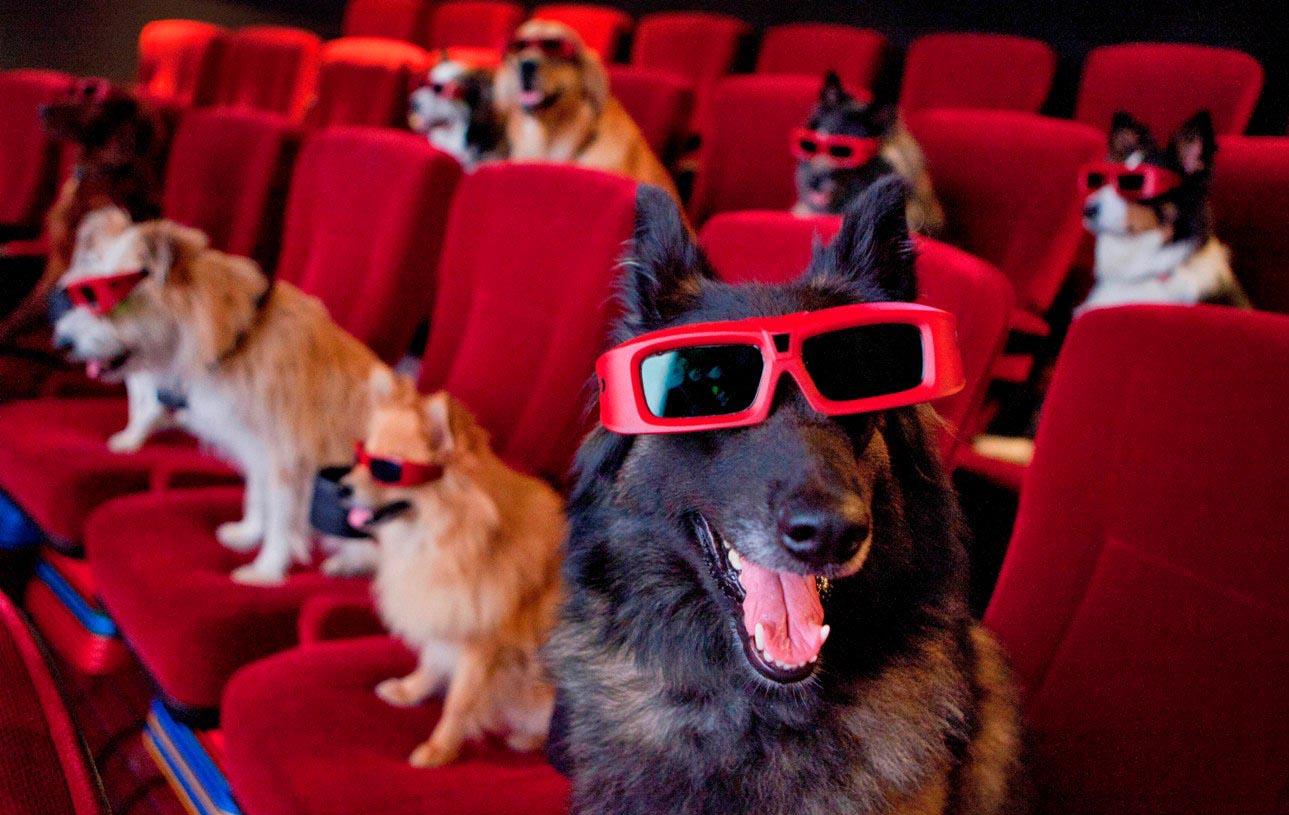 Dog lovers and film fans can unite their loves in a one-of-a-kind way when the New York Dog Film Festival, a curated program of dog-themed short films, comes to Bloomington Saturday, August 4. The festival will take place at the Buskirk-Chumley Theater and is brought to Bloomington as part of the Ryder film series.

The festival is a series of short films of all varieties – documentaries, fiction and animated – all revolving around the relationship between dogs and humans.

Peter Lopilato, founding director of the Ryder Film Series, said he heard about the festival after it premiered in New York, and wanted to bring it to Bloomington to give the community something new and fun. “I thought it might work well in Bloomington,” Lopilato said. “Bloomington is a great dog community.”

Tracie Hotchner, director of the New York Dog and Cat Film Festivals and author of The Dog Bible and The Cat Bible, said she became aware of a cat video festival in Minneapolis and got inspired.“I recognized a desire by pet owners to interact with other pet owners,” Hotchner said. “They wanted to be together to share their fascination and adoration.”

So she set out to find out a range of short films celebrating our love of dogs. After debuting the festival program in New York, Hotchner brought it to cities around the country. At a select few, theaters opened their doors to people and canines alike, an experience Hotchner said was really special.

“In Los Angeles, there were people pushing little old dogs in baby strollers, there were people with hundred-pound pit bulls in the theater, there was every size, shape and form of dog and owner,” she said. “The people appeared to be in a kind of emotional trance, they were so moved.”

She said the experience of watching dog movies with dogs was unifying and memorable even for people like her, whose dogs aren’t well behaved enough to sit in a movie theater. Audience members of all ages and backgrounds laughed together as the dogs onscreen barked and the dogs in the audience barked back in response.

Lopilato said the shorts programs are divided by topic. At 2 p.m., viewers can catch “Outdoor Adventures with Dogs.” At 4 p.m., attendees of both species can see “Who Saved Whom.” One film follows a women’s prison where inmates train service dogs. Another makes use of a fictional story device, as a dog suffering from cancer narrates the final months of its life.

At 6 p.m., the Buskirk-Chumley Theater will screen performance artist Laurie Anderson’s “Heart of a Dog,” a feature film that wasn’t initially part of the Dog Film Festival program. “This is a film about her dog,” Lopilato said. “It’s about not just the relationship between humans and dogs, but also who we are as a species and what the future will bring.”

And for cat lovers, there’s no need to fret. Lopilato said the Ryder film series is already working to bring the New York Cat Film Festival shorts programs to the Buskirk later this year.