Art + Science = A Change of Focus 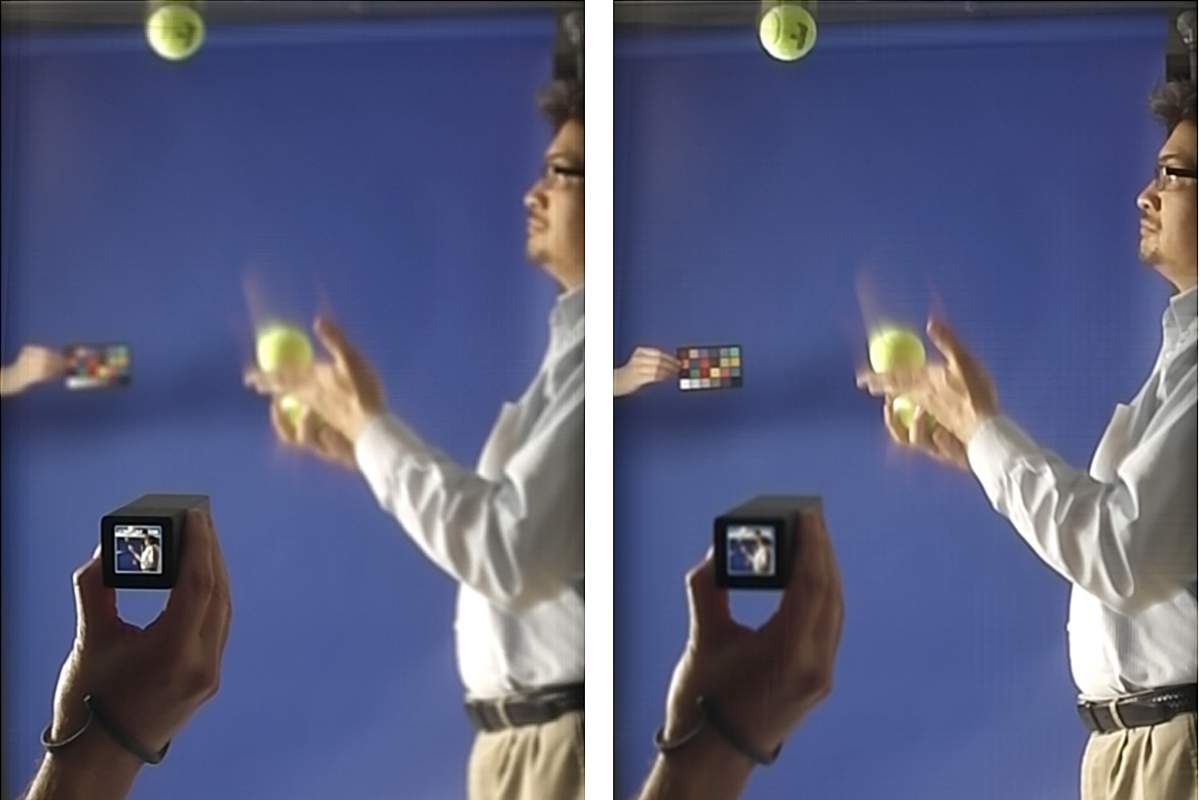 Visitors to the exhibition Imag(in)ing Science in the Grunwald Gallery of Art are invited to interact with photographic images shown on three monitors in the gallery by moving the dials in front of them. When a viewer turns the dial, focus shifts from the foreground to the background of the image. This is not a shuffling of pictures. It is a plenoptic image.

Ruth N. Halls Professor of Photography Jeffrey Wolin, one-half of the team behind the plenoptic display,  is also the director of the Center for Integrative Photographic Studies, a place for scholars, artists, and scientists to meet and discuss the issues they have in common. The exhibition at the Grunwald is a  tribute, Wolin asserts, to the spirit of collaboration the center fosters .

The plenoptic camera used by Wolin and Computer Science Professor Andrew Lumsdaine contains an array of 5,400 micro-lenses.  Lumsdaine said the array resembles a tiny screen-door. It captures a ray of light and can create a print composed of tiny images. Each of these images varies from the ones around it. Some are more in focus from others, and they are at slightly different angles.

The slight variation in angles between the tiny images allows for the creation of stereoscopic images.

Wolin says, "From the beginnings of photography people wanted three-dimensional images, and so, probably most photographs in the 19th century were viewed stereoscopically."

Stereoscopic images began to disappear around the beginning of the 20th century as other forms of entertainment gained in popularity. Plenoptics may change this.

Lumsdaine says, "That is the goal, I mean, to really kind of complete the full circle on plenoptic capture."

Wolin and Lumsdaine say they expect to see plenoptics in cellphones as early as two or three years from now, but you can experience a plenoptic interaction right now at Imag(in)ing Science. Whether you want to see the future of photography, or the past, both are on display.