The 4th Annual Dance Extravaganza: Playing With A Full Deck 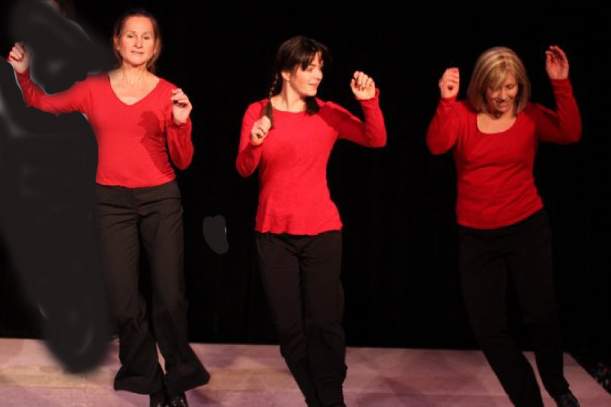 Dancer/choreographer Tamara Loewenthal and fiddler/composer Jamie Gans are once again producing a percussive dance extravaganza. "The first time we did this, we called it the 'First Annual,' not knowing if there would ever be another," says Loewenthal. Gans adds, "Yes, and it's sort of been that way every year since."

Though this is the next in a series of "extravaganzas," it is by no means the same as the last. "Each year, we've tried to make the production new," continues Loewenthal. "One way we've done that is with guest artists. This year we have invited Matt Brown.  He plays fiddle, banjo and guitar and he's a strong singer. In addition we'll have Grey Larsen, who's been playing with Cindy Kallet for the past couple of years, so we'll have a bit more vocal music than in the past."

…But With Plenty Of The Instrumental

Once again Gans will be a mainstay in the arrangements and flow of the pieces for the dancing. "It will really be quite a variety," he says. "Tamara likes to really showcase styles. We'll have flat footing, clogging, step dancing and a performance by the new Feet Queens Rapper Sword Team."

(Honest, reader, we did mean to ask them what they meant by the subtitle "Playing with a Full Deck," but we had so much fun listening to the music they'd brought, that we forgot!)