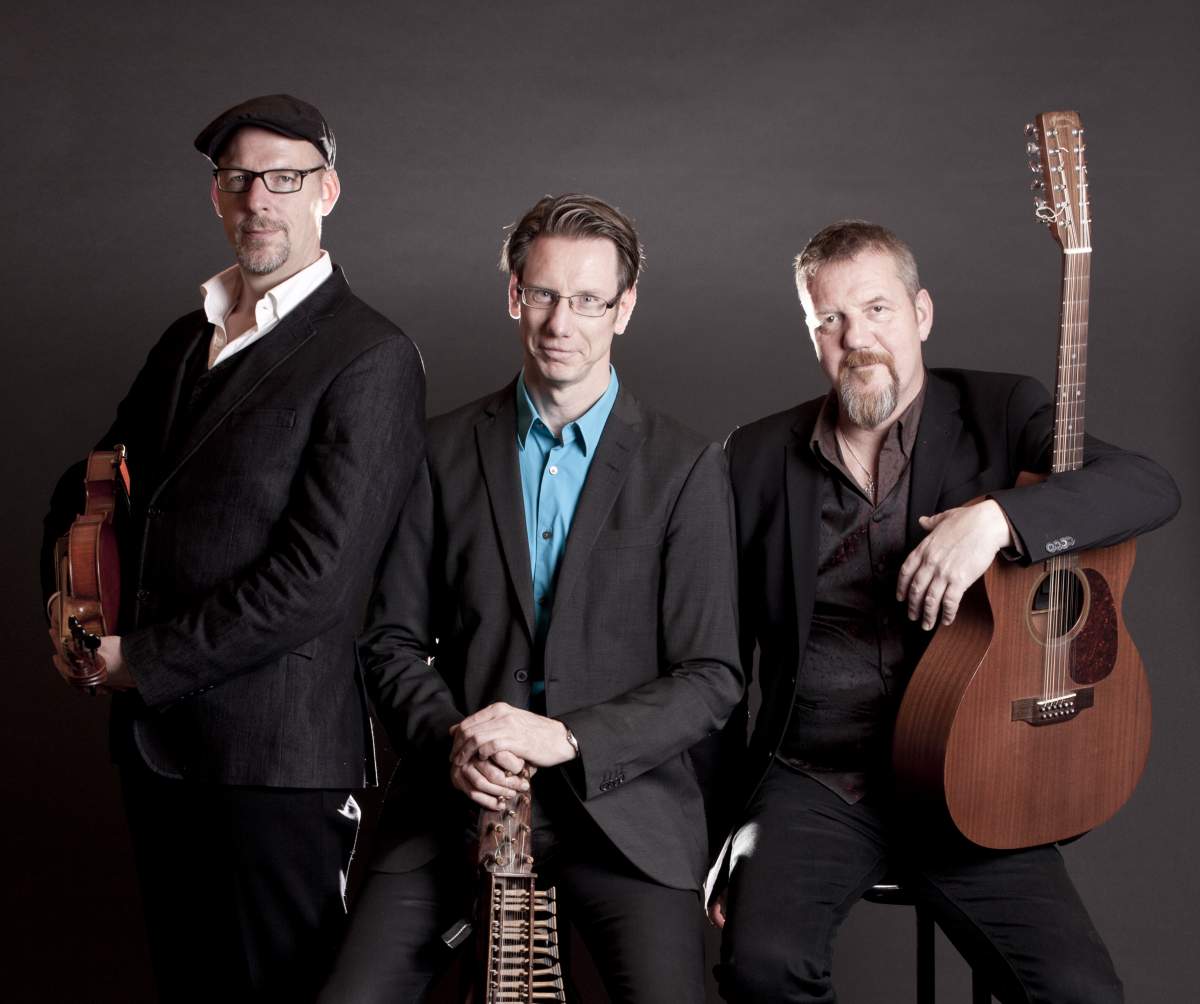 The Lotus World Music and Arts Festival is an opportune time to expand one's musical horizons.  But it's also a time to settle in with some old favorites.  Among the returning acts booked for Lotus 2013the festival's 20th anniversaryare Monkey Puzzle, Frigg, Funkadesi, and one band that's even got an unofficial Bloomington fan clubthe Swedish string trio Väsen.  WFIU's John Bailey spoke with Väsen founder and nyckelharpa player Olov Johannson.

John Bailey: Väsen is a Swedish word, but would you tell me – to what does your band owe its name?

Olov Johannson: It was really my solo album and I asked Mikael [Marin] and Roger [Tallroth] to join me on that. So we didn't have a band name …

The cover photo was a close-up picture of my … nyckelharpa. The sound holes … look like eyes and the tail piece like a nose and the bridge looks like a mouth, so it was like a portrait of a wooden mask. Mikael … thought the title Väsen would go really well with that picture, because Väsen in Swedish means being, spirit, sound a noise.

After a while, when the CD was released people started asking for Väsen. And then we decided "Ok let's use that as the band's name". And it has worked really well for 24 years now.

John Bailey: I would like to ask about the nature of Swedish folk. When you listen to Celtic and Scottish music, do you hear intersections with your own music?

Olov Johannson: I think it's inspiration from many, many directions. You could say we are inspired by Irish and Scottish music. When we started to go to world music festivals … we liked I think especially the energy and the bands, because it wasn't that many bands in Sweden, who worked with the traditional tunes.

John Bailey: Four years ago, Olov you released an album called Väsen Street. The title of the album reflects a special connection to Bloomington.

How would you characterize Väsen's relationship with our area?

Olov Johansson: Bloomington is one of the places in the U.S., where we have played many times… The first time we visited the festival, we played on a bar … called Second Story … and after a few tunes somebody cried out "We should name a street after you guys!"

And a group of people in Bloomington formed a little group and called themselves Team Väsen and started to gather money … to give to the festival to bring us back. And it worked – be came back several times.

And this … street naming became like a joke. At one point … we played … at the Buskirk-Chumley Theater [and] when we got on stage, we heard a squeaking sound up above us and we looked up and it was a proper street sign … saying Väsen Street.

And then when we had … our first concert in the United States with the new CD … called Väsen Street, we could feel there was something happening … Right before we went on stage, the whole Team Väsen were gathered backstage - and that's never happened before. And then … a replacer for the major … got up on stage and proclaimed that they rename a portion of Kirkwood Avenue to Väsen Street.

John Bailey: What can visitors to Lotus this year expect from Väsen?

Olov Johansson: They can expect to see a band at its best form … It's been a really good year – we released a CD early, called Mindset and it's been really well received. The concerts have been great!

John Bailey: What are you looking forward to most about your next visit to Bloomington?