1776, A Very Funny, Tuneful Account Of Our Early History 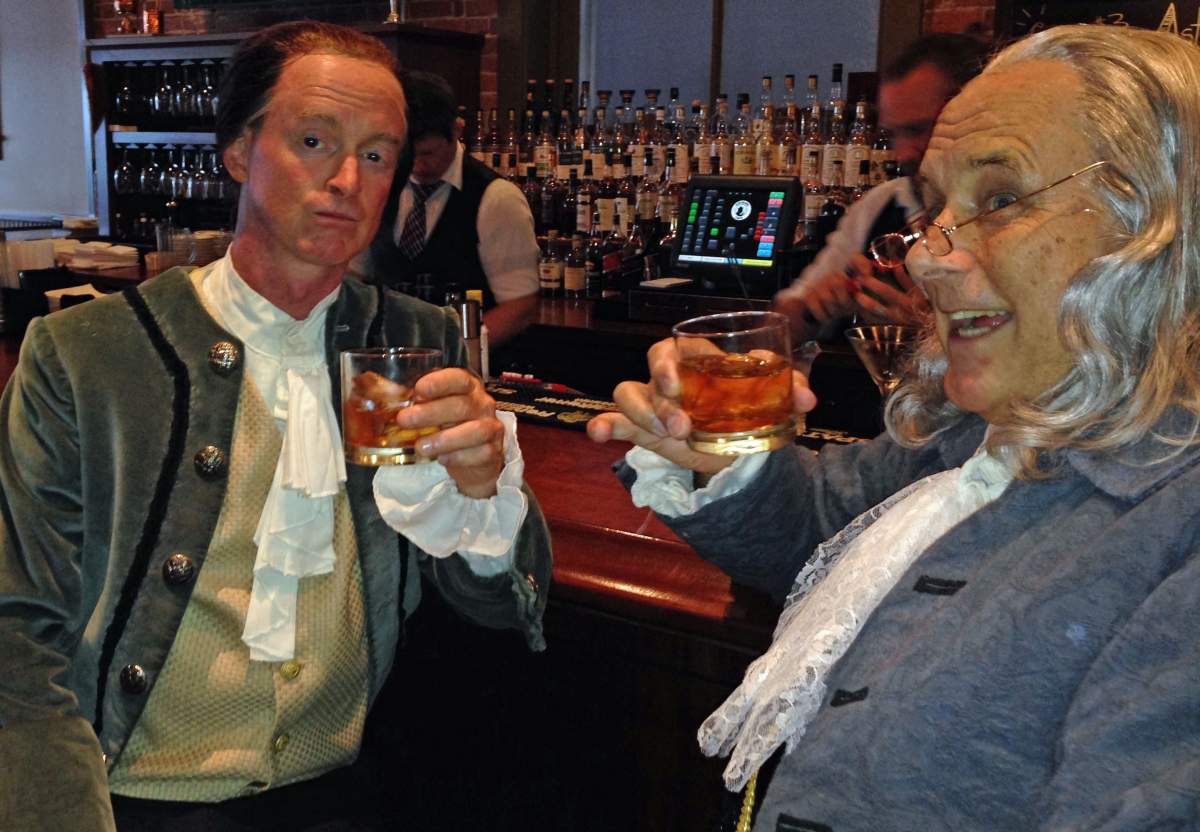 The Cardinal Stage Company opens their 2014-2015 season in fine style with Sherman Adams and Peter Stone's musical comedy 1776 directed by Randy White. It's a character rich drama of the deliberations that led up to the signing of the Declaration of Independence. David Wade's set on the stage at the Buskirk Chumley Theatre takes the audience to the chambers of the Second Continental Congress with its ever present backdrop of the tote board of the ay and nay votes of the thirteen colonies.  It is summer in steamy Philadelphia and the delegates costumed by Ellen MacKay with help from IU Opera Theater battle the heat, the flies and one another.

At the center of 1776 is Mike Price as the colorful fire brand John Adams. He's described as "obnoxious and unlikeable." The whole play begins with the entire fed-up Congress singing "For God's Sake, John, Sit Down." Adams efforts to spark the revolutions are opposed by Rob Johansen as the conservative John Dickinson of Pennsylvania.  It is only with the clever council and guidance of Mark Goetzinger as the wily Benjamin Franklin that Adams explosive energies lead to success.

Reuben Walker was a very satisfactory last minute stand in for Scott Hogsed as Richard Henry Lee of Virginia in the wonderfully comical and verbally intricate "Lees of Old Virginia." Word has it that Hogsed will return to the role sometime in the production's second week and that he's even funnier than Walker.

On the slavery question, Tyler Henderson as Edward Rutledge of South Carolina sang the very dramatic "Molasses to Rum" pointing out to the audience and the delegates that the question of slavery in the south was very much intricately involved with economic interests in the north.

Andrew Minkin as the courier who brings the Congress the regularly dispiriting news from General Washington reminded the audience of the individual suffering in the moving ballad of a grieving mother "Momma Look Sharp."

There are only two women in the large cast of 1776 and only one is actually in Philadelphia. Sarah Miller as the home bound Abigail Adams was warmly tender in her duets with Mike Price as John Adams lonely, loving and a bit critical wife. Kaitlyn Mayse was a pleasure as Martha Jefferson both vocally and in the charming dance sequence with Franklin and Adams.

Jack O'Hara presided with masterly reserve as John Hancock, the Congress's president fueling the rising tension as the final votes were counted and the bell tolled as the delegates signed the declaration.

The Cardinal Stage Company's engaging and energetic production of  1776  with music direction by Robert Cruz and choreography by Diane Buzzell and its cast of colorful characters and the drama  that leads up to the signing of the Declaration  continues in the Buskirk-Chumley theatre through September 17.