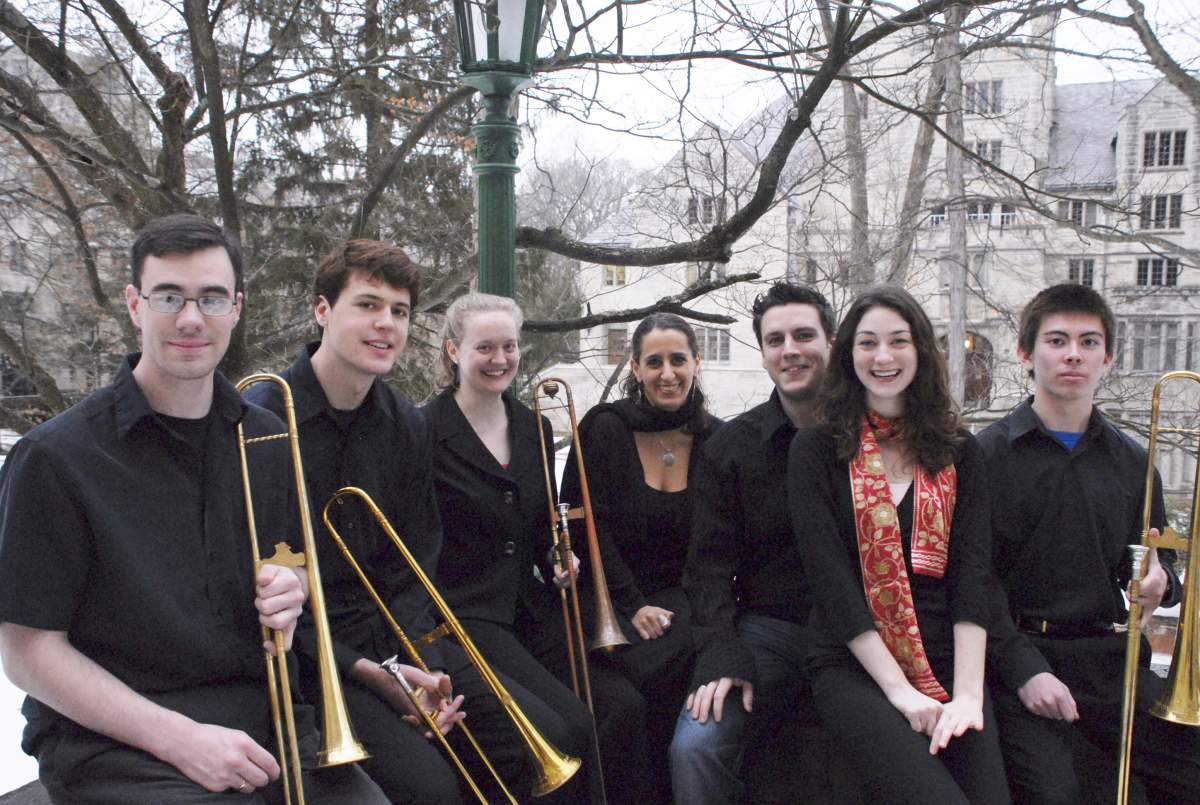 The end of the sixteenth century was a time of exploration, both geographical and musical. Western classical music was on the verge of a major shift, and ships set sail daily from European ports to foreign lands. For Matteo Ricci, a Jesuit priest and occasional composer, the ultimate destination was the land of China. Along with his essential belongings, he brought two clavichords.

A modern-day telling of Ricci's story has blossomed into a cross-cultural extravaganza that reaches from the concert halls of Bloomington, Indiana to the National Center for the Performing Arts in Beijing, China, where the historical brass ensemble Â¡SacabuchÃ©! will perform on December 8th.

It all began with an idea from China specialist Cathy Barbash, who thought to put Â¡SacabuchÃ©! together with a contemporary composer to explore the musical experience of Matteo Ricci. Now the ensemble, lead by Linda Pearse, embarks on a tour far more extensive than they ever expected.

The concert at the National Center for the Performing Arts (known affectionately as "the Egg" for its signature titanium dome) was just a starting point for the ensemble, who had envisioned more even before their proposal was accepted with master classes, workshops and demonstrations at several educational institutions.

Following the example of Matteo Ricci, the ensemble has taken it upon themselves to be ambassadors not only of their country, but the emissaries of historical brass, something Pearse says they take very seriously.

Â¡SacabuchÃ©! will perform "Matteo Ricci: His Map and Music" in Beijing, China this week as part of a tour of concert venues and educational institutions.Â The project will also be featured on an upcoming episode of American Public Media's Performance Today.


Support For Indiana Public Media Comes From
Tweets by wfiu