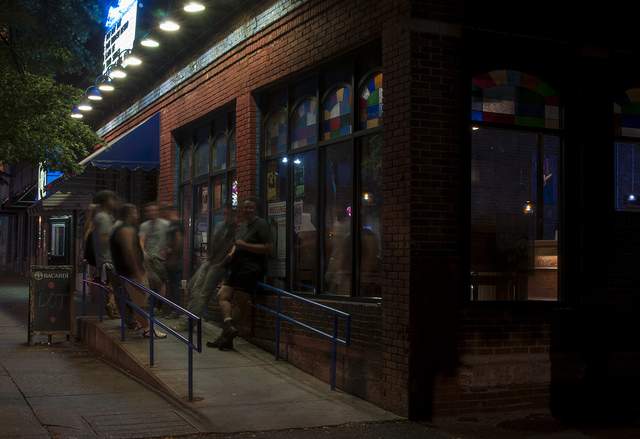 Bloomington is a gold mine of independent music venues and studios that bring in big-ticket (well, as big-ticket as indie can get) acts year-round.Â So in a sea of great live shows, here's a list of some of the must-see acts of the fall to ease some of that "show decision" anxiety.

Based in Baltimore, MA, and comprised of Jenn Wasner with vocals/guitar and Andy Stack with drums/keyboard/backup vocals, Wye Oak is a folk-tinted, indie rock band.Â Their 2011 album Civilian was described by Pitchfork's review as "fireworks of a dozen colors"-an act of lush melodies and full guitar that will surely light up the stage. A folksinger from Buffalo, NY, Ani DiFranco has been a regular on the indie spectrum since 1990, recording over 20 albums since her beginning.Â Known for songs like the empowering "32 Flavors" and the vengeful "Untouchable Face," DiFranco describes her music as coming "straight from her own experience, her boundless imagination, her sharp wit and her ever-more nuanced understanding of how the world works." Jens Lekman is a Swedish singer/songwriter who creates an eclectic sound that seems to be the perfect melodic embodiment of the eccentric romantic.Â A signed artist with Bloomington's own Secretly Canadian music label, and previously performing at Pitchfork's 2011 Music Festival in the lovely Paris, France, Lekman will undoubtedly be a show at which to fall in love-with the delightfully absurd music of a sweet-sounding Swede, that is. Dinosaur Jr., famous for being a vehicle for Joseph Mascis's (J. Mascis) singing and songwriting, is a 1990s alternative rock band at its finest.Â Originally from Amherst, MA, the band has recorded 10 studio albums and been a repeated guest at the Lollapalooza Music Festival in Chicago, IL: once in their alt-rock heyday of 1993 and then again after their re-forming in 2005. Punktober Fest is made up of two big punk shows at Rhino's on Friday and Saturday with an acoustic show on Sunday (location TBA).Â The festival will be featuring 37 bands ranging in musical genres from pop punk to political folk, undoubtedly catering to the musical preferences to any indie lover.Â Be sure to watch out for Bloomington singer/songerwriter Eric Ayotte and Canadian pop-punk band Eviction Party during the festival-two shows guaranteed to produce some excellent sound.

Margot & The Nuclear So and So's is an indie-folk band in its purest sense-that is, they are also from Indy.Â A band famous for the eerie melodies of "A Children's Crusade on Acid" and the sad, sweet sound of "Skeleton Key," Margot's talent has previously landed them on the stage of Late Night with Conan O'Brien in 2008 and more recently at the Bunburry Music Festival in Cincinnati, OH-making Margot one of our state capital's proudest accomplishments. A noise-pop duo from Brooklyn, New York, Sleigh Bells is made up of Alexis Krauss on vocals and Derek Edward Miller on guitar.Â Their music is a derivative of indie-rock infused with hip-hop inspired beats, producing an original sound that landed the duo performances at Coachella Valley Music Festival in Los Angeles, CA, Pitchfork Music Festival in Chicago, IL and Saturday Night Live.Â According to Krauss in a 2010 interview with expressmilwaukee.com, "Derek always says that music should start in your feet and end in your head"-a sensation this show is bound to produce.

G. Love and Special Sauce is a Philadelphia, PA-based trio with a bluesy, jam band feel, but with successful sound experimentation stretching into hip-hop, funk, soul and even psychedelic.Â Coming into the scene in 1994, their success over the years has garnered them all types of musical opportunities, including several collaborations with Jack Johnson and a spot in Lollapalooza's 2008 lineup.

A female, folk duo from Atlanta made up of Amy Ray and Emily Saliers, Indigo Girls were at the forefront of the late 1980s power-folk revival.Â Their politically charged lyrics and empowering melodies brought them early success in 1989 in the form of a Grammy for Best Folk Recording for their self-titled debut album.Â Since then, they have recorded 12 studio albums, proving that, to this day, the Indigo Girls can still pack a power-folk punch.

Matisyahu is a Jewish-American reggae-inspired alternative rock singer.Â Famous for his chart-topping single "King Without a Crown" from his 2004 album Shake Off the Dustâ€¦Arise, Matisyahu has previously been described by Esquire in 2006 as "the most intriguing reggae artist in the world." As a Jewish-American performing reggae, Matisyahu fits that description perfectly-bound to deliver a show that will be just as intriguing.