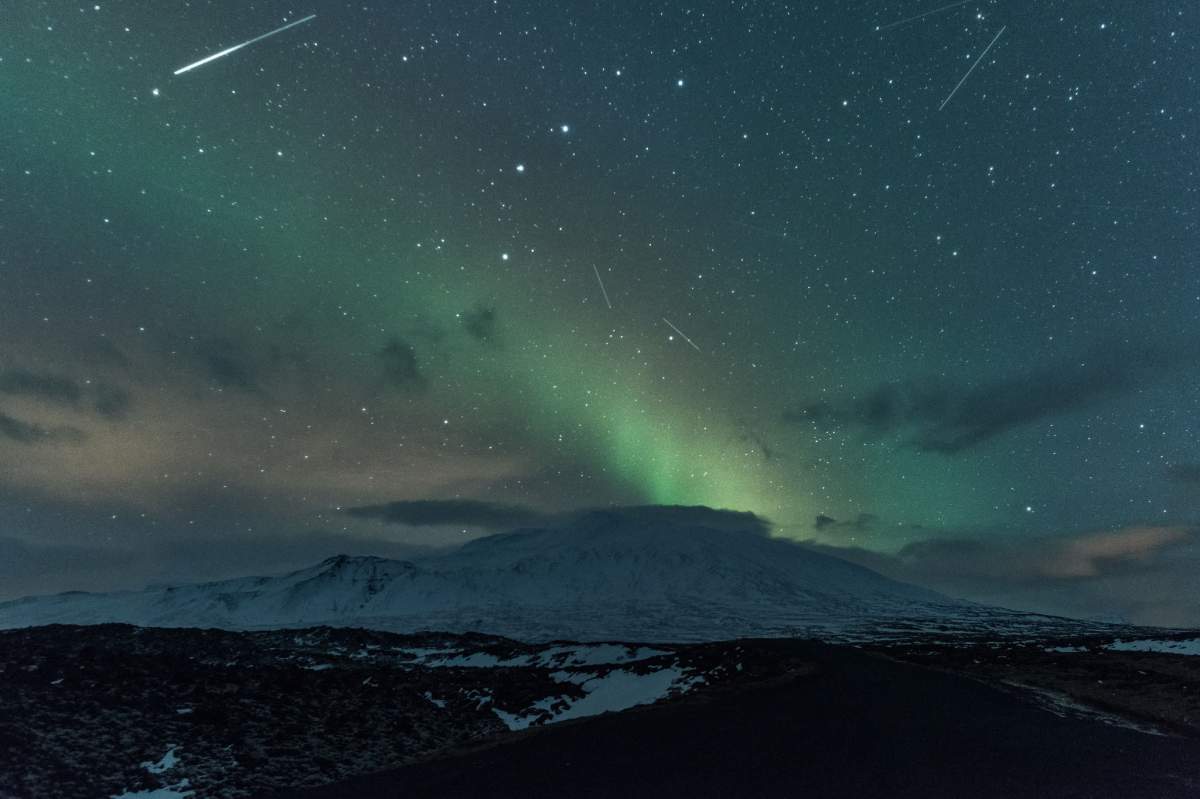 You're out on a clear, starry night with your best friend, looking for shooting stars. Look, there's one, your friend shouts, but by the time you look, it's gone. There's another, she cries. Too late, you missed it. Then one comes along that seems to just amble across the sky, nice and slow.

Why is it that some shooting stars are so fast and others are much slower? Well, there are a few reasons.

Shooting stars are actually small meteors. Meteors are essentially icy rocks that come from space and burn up from the friction of entering our atmosphere. A very small rock will burn up quickly and be gone almost before you can see it. A larger rock will take a while, and leave a long, bright streak in the sky.

However, there's another reason. Remember that the earth doesn't sit still in space, it's orbiting the sun at 18.5 miles per second. Meteors that are coming towards us go faster across the sky because of earth's forward velocity. It's like two cars passing in opposite directions.

In general, the fastest meteors to enter our atmosphere move at about 26 miles per second. Add earth's forward velocity to that and it goes up to almost 45 miles a second. Zoom! These kind burn up and are gone in less than one second.

Meteors that come from the other direction, however, are essentially chasing the earth through space. Their speed is decreased by the same amount as our forward velocity. That's like two cars passing while travelling in the same direction. The speeds cancel out and the passing car seems to be going much slower.