I Yawn And My Dog Yawns 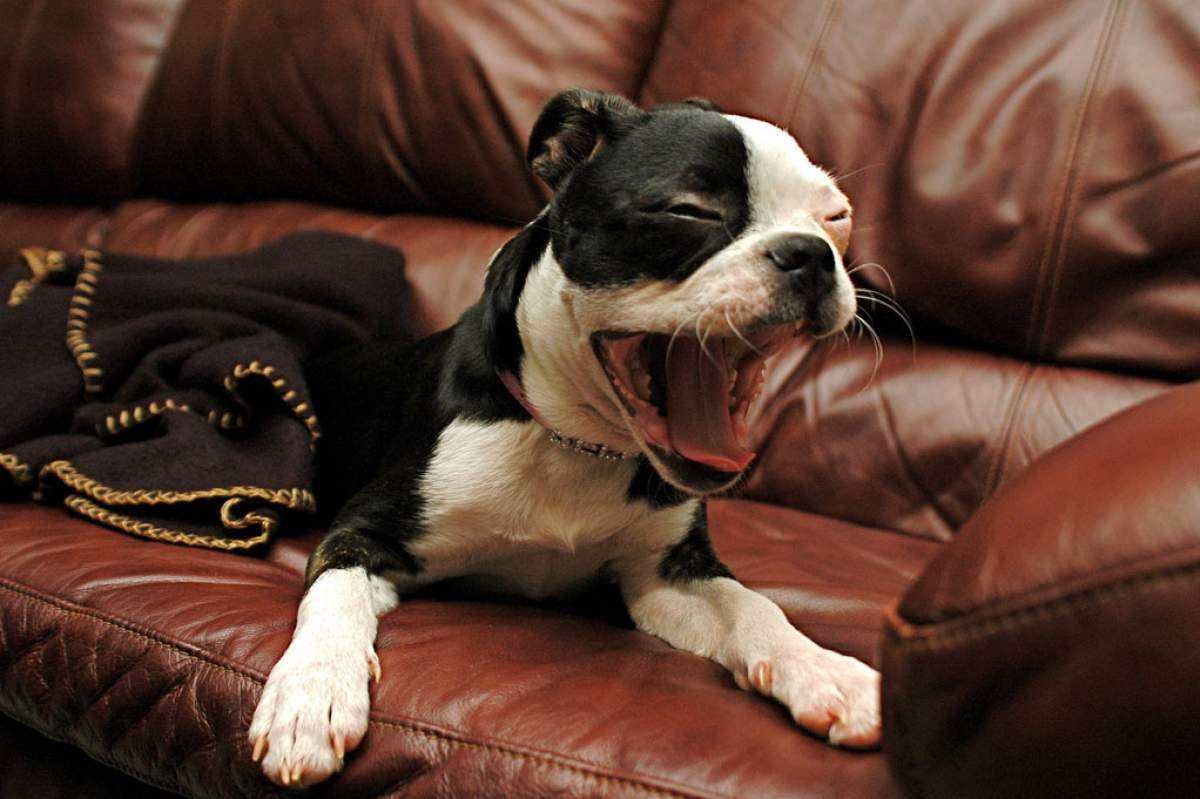 Everyone knows how contagious yawns are. You see someone yawn across the room, and try as you might, you can't help but yawn too. Well, the next time you yawn, keep an eye on the dogs in the room. They are not only man's best friend. They are his yawning partner.

Contagious yawning is more than an indication of sleepiness or boredom. Scientists have found that it is also a sign of empathy, or the ability to mimic the emotional responses of others. Contagious yawning has been scientifically measured in humans, adult chimpanzees, baboons, and dogs.

Interestingly, contagious yawning develops over time. Human children don't respond to others yawning until about age four. This coincides with brain development and their ability to identify other people's emotions. So what about dogs?

Scientists wondered if contagious yawning also develops in dogs as they mature. They tested thirty-five dogs between four and fourteen months of age during play and cuddling times to see at what age they responded to human yawns. Only dogs older than seven months showed evidence of contagious yawning. Some also responded to yawns by lying down and trying to sleep.

Dogs Bonding With People As They Age Together

This behavior only began when they were older.

So, the next time you are walking, playing, or lounging with your dog, try yawning. You might be surprised at how well your canine best friend responds to your emotions.