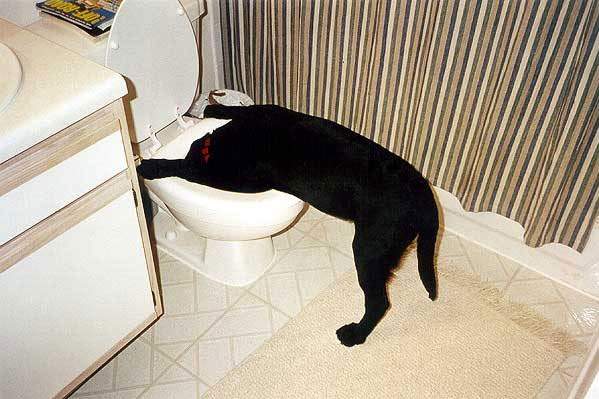 Why is it that dogs can eat things that would kill a human being?

Well, dogs and cats both have very strong vomit reflexes which help them toss out dangerous things they may have swallowed, like nasty dead squirrel guts.

Both species may eat grass to help bring about vomiting. If they don't yak the yuk, however, the grass can at least help move it more quickly through their system so it does less damage.

Both species also have high body temperatures, compared to humans. That will help kill pathological microorganisms that would survive in human intestines.

Finally, the comparatively short length of a dog's intestines limits the amount of damage done. However, it must be said that many times dogs and cats do not survive eating dangerous things, especially poisons set for rodents. Be very careful with what you leave lying around, and never assume your dog or cat can yak the yuk.