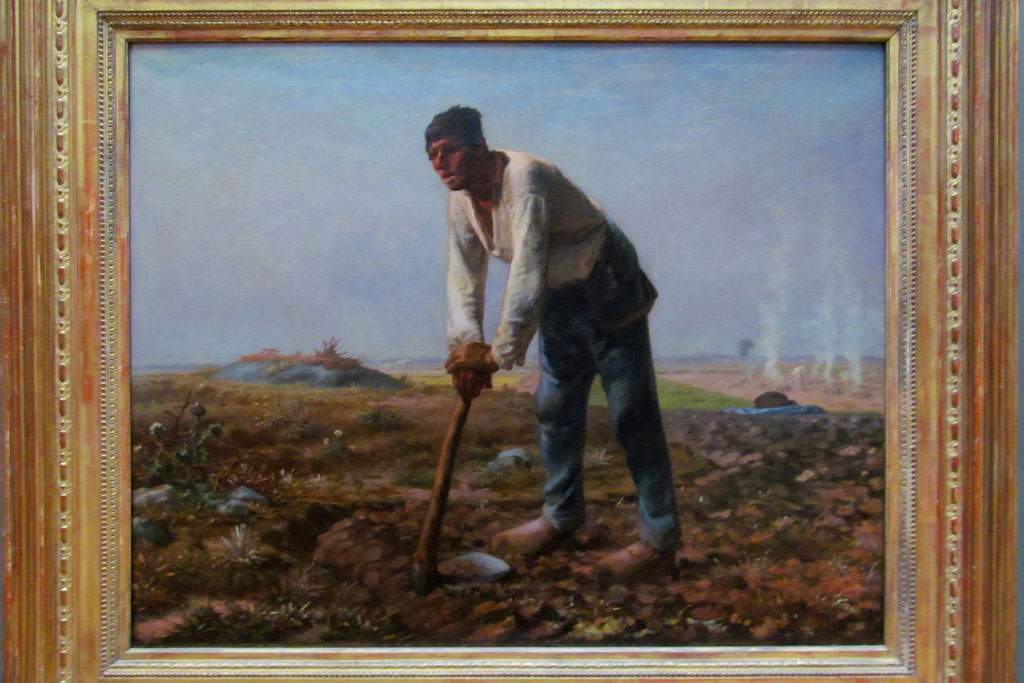 In the 1840s, a new painting by Jean Francois Millet was unveiled in Paris. But, horror of horrors, no one seemed to like it! Some critics thought the images were too violent; others thought the paint was applied too thickly. After that, the painting simply disappeared, and everyone assumed Millet had destroyed it.

Now fast forward to 1983. Using X-ray technology, art restorers were examining another Millet painting, a portrait called The Young Shepherdess. The X-ray film revealed a ghostly outline of a second painting completely concealed by the portrait. Andyou guessed itthis hidden painting was the very one that had sparked such controversy 150 years before.

X-ray technology not only can help art historians find long lost paintings, but also see fascinating revisions painters have made. The artistor even another paintermay have painted over original layers of paint for many reasons. Perhaps an arm didn't look quite right, or an entire figure was painted over.

Because paint easily absorbs long wavelength X-rays, they're most commonly used to reveal hidden paintings. First, X-ray film is placed directly behind the painting. When X-rays pass through the painting from the front, they're absorbed by different types and thicknesses of paint to greater or lesser degrees.