Why Do Durians Smell Bad? 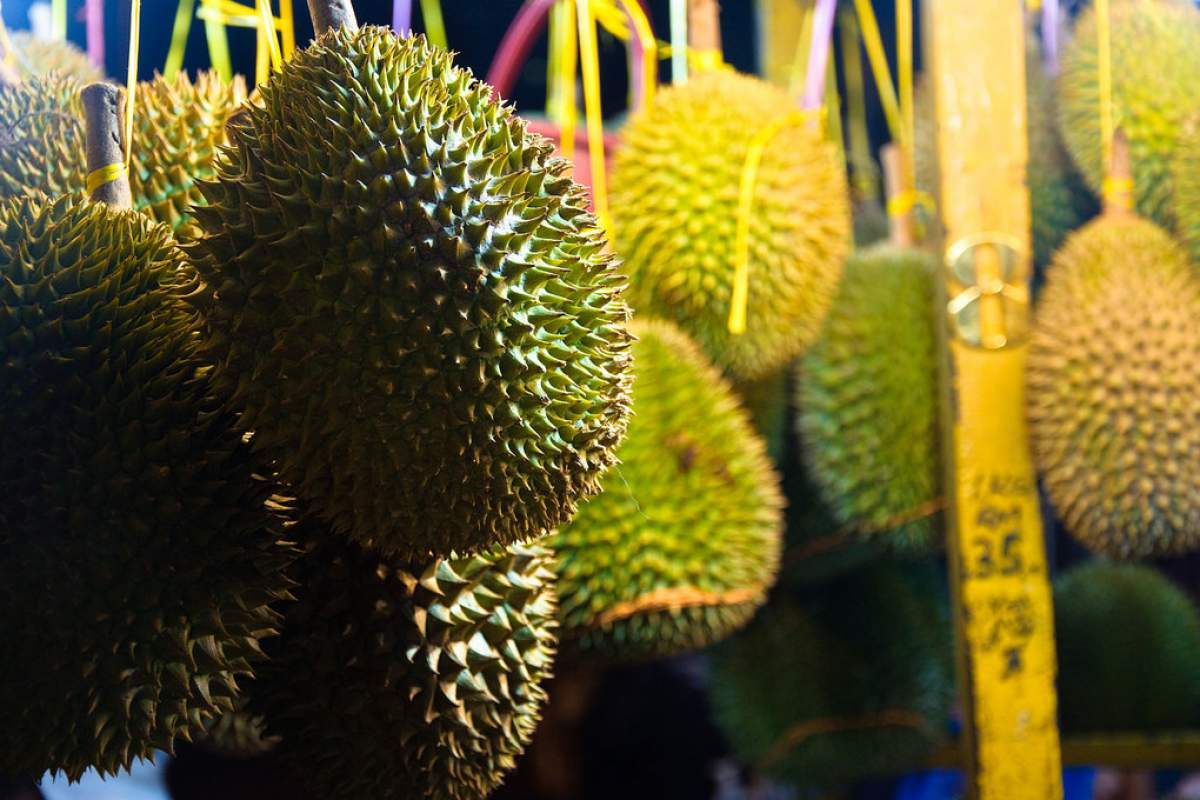 Durian (Durio zibethinus) is a fruit from southeast Asia, about the size of a melon with a thorny rind, and notable for its potent smell. People have described it as smelling like garbage or rotting meat.

This isn't an exaggeration. For example in Malaysia, many places such as hotels and airports have a ban on durians because the smell is so pungent.

But have you ever tasted one? A durianâ€˜s pulp is often compared to delicious, creamy custard.

If you're an uninitiated durian eater and only a durian smeller, you might be shocked that anything, people or animal, would want to eat it.

Actually, a durianâ€˜s smell is quite attractive, as long as youâ€˜re not human. Orangutans, elephants, rhinos, gibbons, and plenty of other animals love the scent, and will happily gobble it up once itâ€˜s ripened and fallen to the ground. Thatâ€˜s how the seeds are dispersed.

Now you might ask, how did durian become so pungent? One study looked at the fruitâ€˜s genome and found some pretty neat results. For instance, one of durianâ€˜s closest ancestors is cacao-the plant that gives us chocolate!

Using genetic studies, the researchers found that durian had essentially amplified the "smelly gene," which contributes to the production of sulfur-related chemicals. With multiple copies of the gene, durian suddenly had the capacity to focus a lot of its attention on becoming as stinky as it wanted.

That smelliness might have been necessary to attract key pollinators. In addition to all the animals listed above, Â one study noted that a type of bat, known colloquially as a flying fox bat (Pteropus), is very attracted to that sulfur smell that's present even before the fruit is ripe. The bats are key pollinators for the smelly, delicious fruit.