Excuse Me, Is That Merit Badge Glowing? 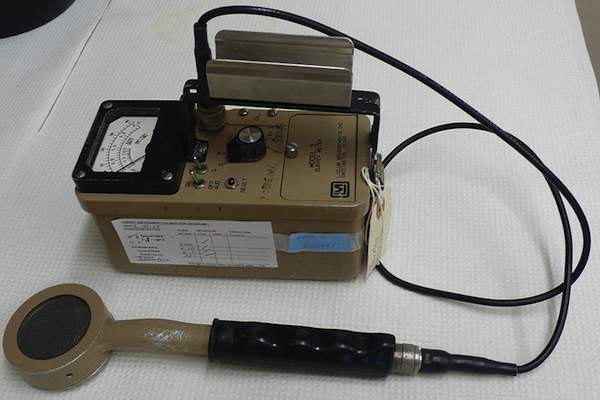 The last 70 years of U.S. history are peppered with nuclear â€˜incidentsâ€˜ youâ€˜ve probably never heard of.

But this is hardly your fault, since, apart from the Three Mile Island core meltdown, mainstream media outlets tend to gloss over the literally dozens of lesser-known, radiologic horror stories that could be told. Itâ€˜s a shame, too, because there are some real doozies.

Like, for instance, guys getting pinned to reactor ceilings by ballistic control rods, fully-armed Poseidon missiles accidentally falling from cranes during transfer, 93 million gallons of uranium mine slurry gushing through the heart of Gallup, New Mexico.

One tale is especially alarming for its low-tech, D.I.Y., could-be-happening-again-next-door-right-now flavor. Letâ€˜s call it â€˜The Eagle Scout Who Turned His Momâ€˜s House into a Superfund Site."

David Hahn was a Boy Scout with a penchant for amateur chemistry and atomic energy. In 1994, this combination would prove disastrous when, at the age of 17, he attempted to construct a breeder reactor in his momâ€˜s shed.

Now, as the great Dr. Emmit Brown once said, high quality fissile material "is a little hard to come by"-even in the 90â€˜s. Â So Hahn was forced to make-do with mildly radioactive components scavenged from smoke detectors, camp lanterns and old clocks. A hollowed-out block of lead was to serve as the reactor hull itself.

It was a nasty stew to say the least but not nasty enough to reach critical mass. In the end, all the ambitious scout succeeded in doing was to emit a great deal of dangerous radiation into the local environment, his own body included.

When the authorities finally became wise to the young man's activities, the contamination was so severe that the Environmental Protection Agency was called in to orchestrate the clean-up effort. They designated Hahnâ€˜s motherâ€˜s property a Superfund Site.

Some learn from their nuclear mistakes; some donâ€˜t. Some scouts stay true to the official honor code, while others backslide spectacularly. Hahn, unfortunately, seems to have opted for the latter in both cases.

He was busted in 2007 for hoarding smoke detectors stolen from his apartment complex. In the official mugshot, his face is covered with burn blisters thought to be due to excessive radiation exposure.