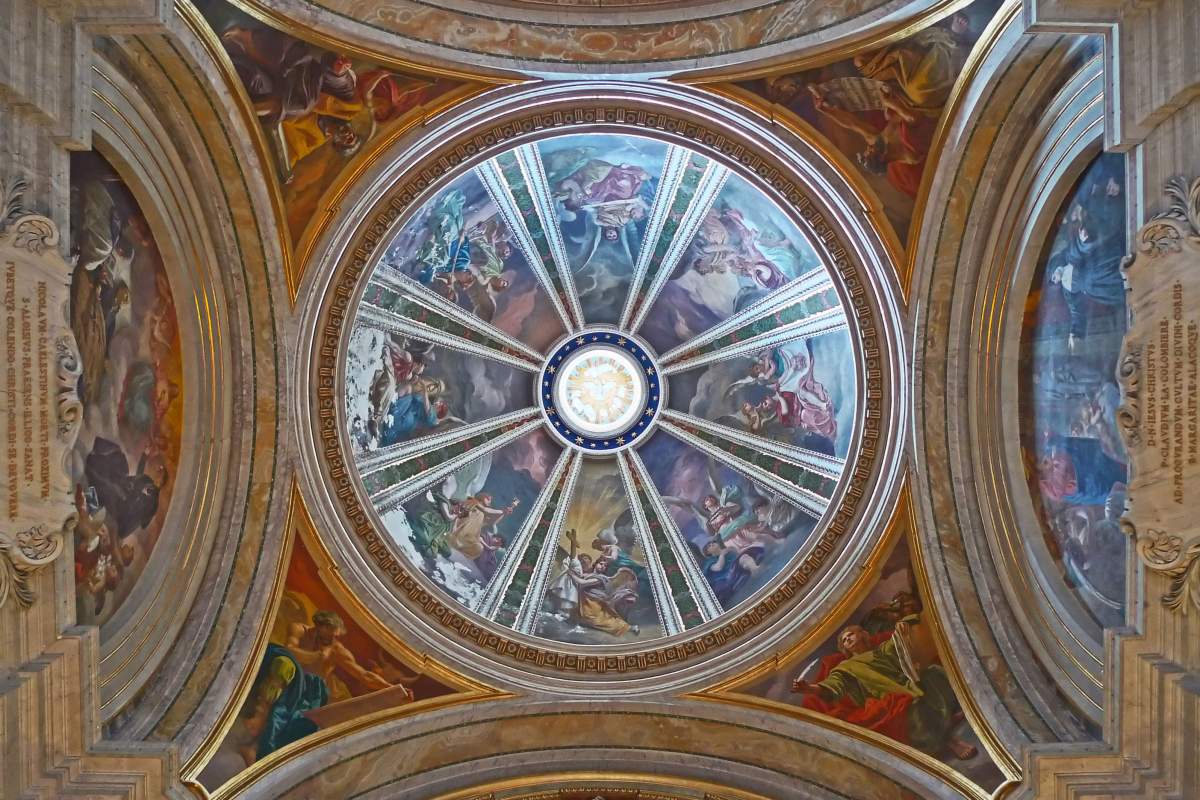 It's time once again for the Moment of Science word-of-the-day: spandrel.

"Spandrel" is a term from architecture. When a dome is held up by four arches, the way it's done in cathedrals, you wind up with some leftover space between each arch. That's a spandrel. Nobody planned for that extra space to be there, but it appeared as a byproduct of construction. People started painting angels in the leftover real-estate, and it eventually became one of the nicest parts of many cathedrals.

Biologist Stephen J. Gould used the term "spandrel" to describe something that happens in evolution all the time. He gave the example of the Irish Elk, which has enormous antlers. To hold up its huge antlers, Irish Elk developed big spines on the vertebrae near its shoulders.

This caused a hump to form on the animal's back. The hump later became a useful mating device--bigger humps were an attractive feature to females. But the hump wasn't developed in order to attract mates; it was just the result of having big antlers. Later on, it developed into a lady magnet.

And that's what you call a spandrel!