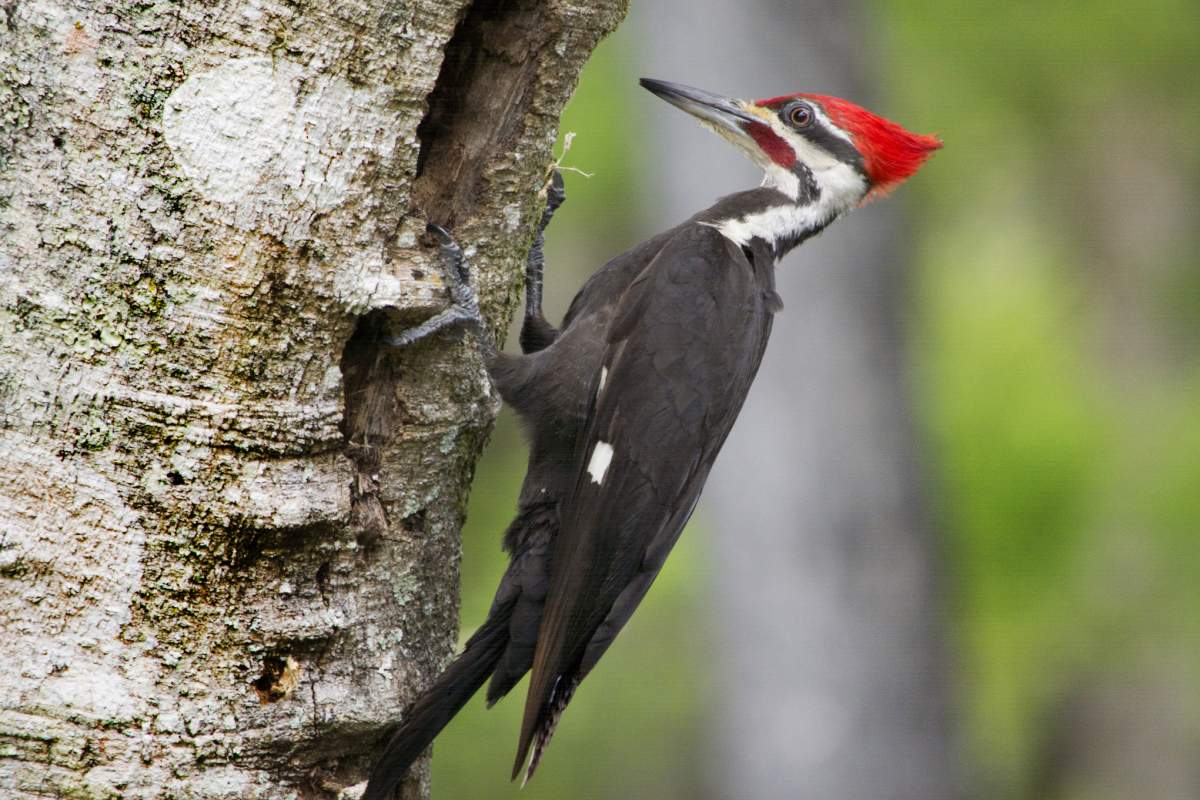 Chicken Or The Egg?

Which came first the woodpecker or fungus?

First, here's how the two are related: Woodpeckers puncture bark of dead or dying trees, also known as snags, to find the wood-boring insects that make up their diet, and some species also excavate cavities in these trees for their nests. Scientists observed that the snags woodpeckers excavate generally contain decayed wood, caused by wood-decay fungi.

This got scientists wondering whether woodpeckers are attracted to certain types of decay, or if they're the ones actually spreading the fungus that causes the decay.

It turns out that the relationship between the two is pretty complex. When woodpeckers puncture bark, they provide a way for airborne fungal spores to infect the wood. They also act as vectors, unintentionally picking up fungal spores and other microbes from one snag and carrying them in their beaks to another. And, not surprisingly, species of woodpeckers that nest in cavities carry a significantly larger number of these.

So they have a synergistic relationship, because the decay makes it easier for woodpeckers to excavate.

So even though we still don't know which came first, this also isn't merely an intellectual exercise. Woodpeckers are pretty important ecologically because the sites they excavate are used for foraging, roosting and nesting by many other species as well. And now that there's debate over whether snags contribute to forest fires and should be removed, it's especially important to study potential ramifications.