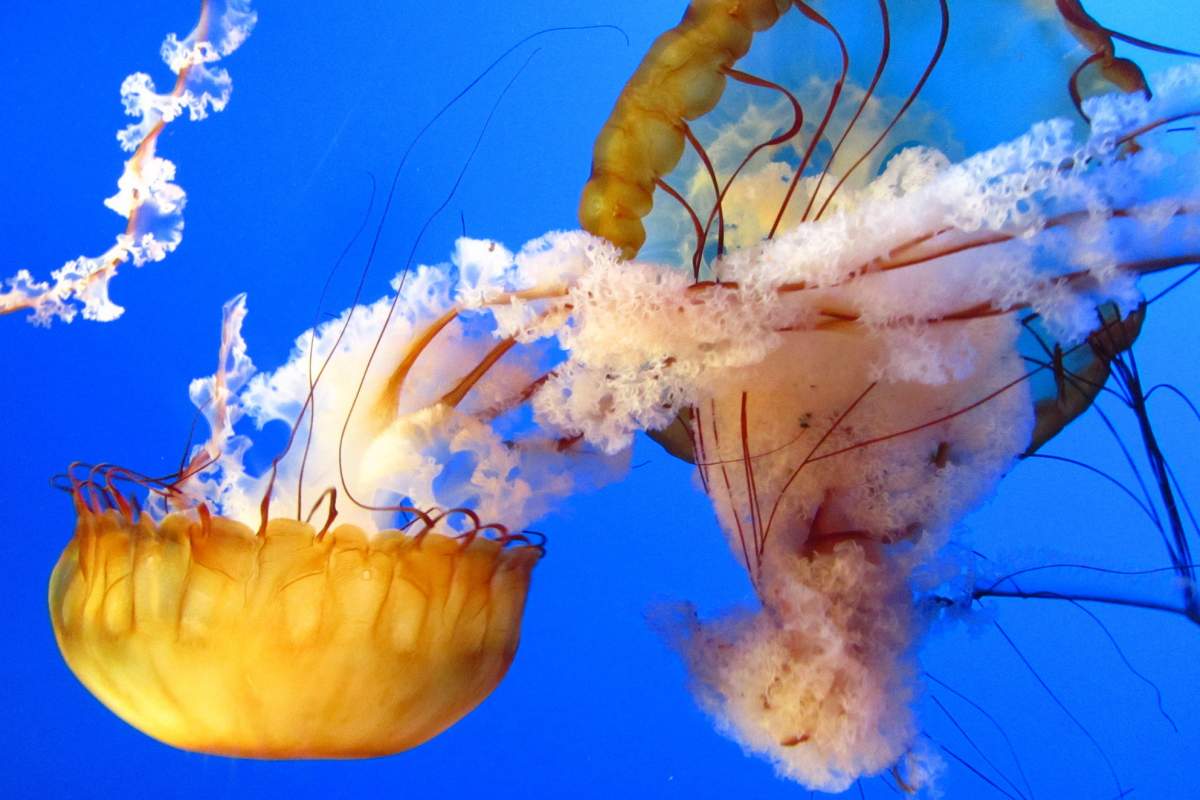 Researchers who study jellyfish were delighted when a whole bunch of them turned up in a sandstone quarry in Wisconsin.

These jellyfish were actually fossils--and when they died, what is now a Wisconsin quarry was once a lovely beachfront or a shallow lagoon.

Jellyfish fossils are rare because jellyfish remains usually aren't around long enough to fossilize. A dead jellyfish on a beach is quickly eaten, or at least broken apart, by other animals. But when these jellyfish died there weren't many scavenger-type animals around.

That is all to say, these guys are old. The fossils date back to a four hundred and ninety-five million years old.

And their bodies are still preserved in rock, and you can make out the shapes of the jellyfish and, in some cases, their stomachs as well. These were huge creatures as jellyfish go--about the size of LP records. You might even say these jellyfish fossils are giving new meaning to the fossil record.