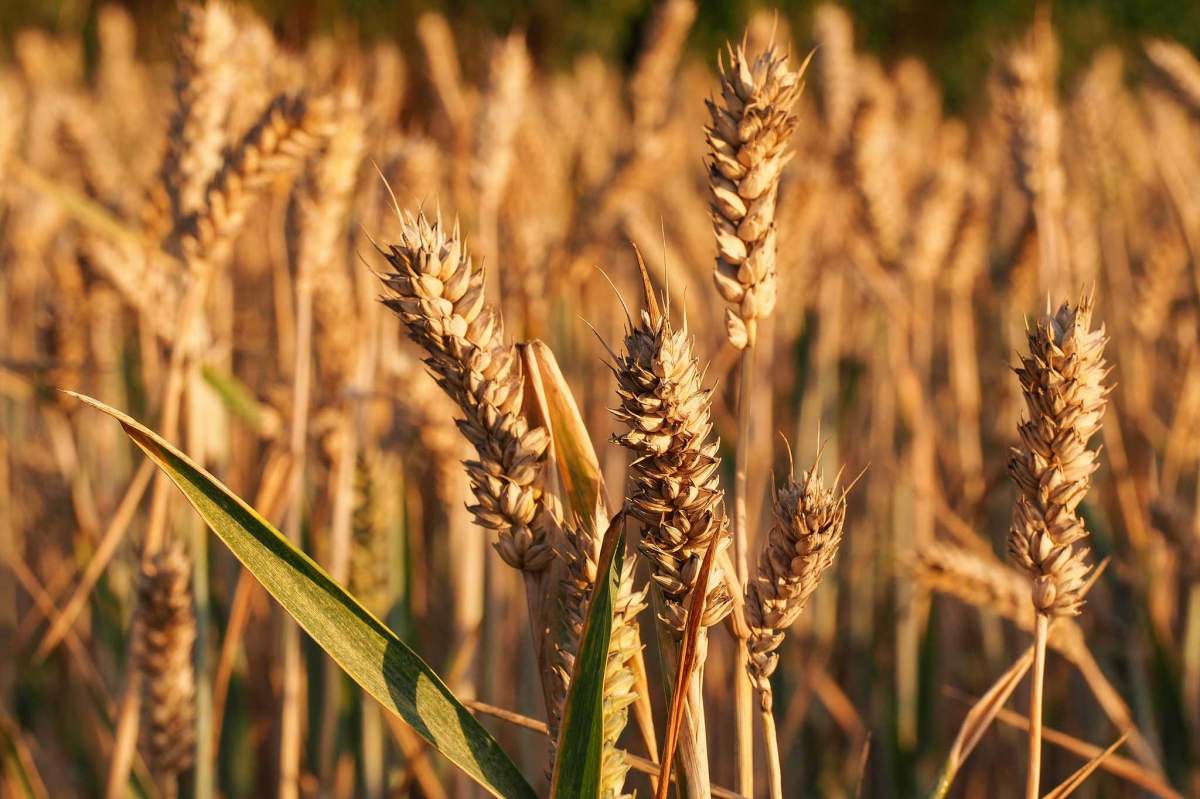 According to the famous song, America is beautiful for its spacious skies, purple mountains, and amber waves of grain. If you were to make a music video based on these lyrics you'd probably want mid- to late-summer images of fruit-laden trees and fields of rippling wheat under sunny blue skies.

After being planted in the mid- to late-fall, winter wheat seedlings undergo a process called cold acclimation. They begin to grow and poke through the soil as the temperature drops to around 48 degrees Fahrenheit. As the plant's leaves absorb light the seedlings produce large amounts of carbon and store it in the crown, the part of the plant where root and shoot meet underground.

At the same time, the absorption of light combined with low temperatures triggers the expression of certain genes that help the plant tolerate freezing temperatures. Although scientists do not fully understand precisely how this process works, it is clear that carbon production and freezing tolerance are necessary for the plant's survival.

When the snow melts and temperatures rise in the spring, the plant has plenty of stored energy for steady growth. By mid-spring many North American wheat fields are beautiful with waves of grain ready for harvest.