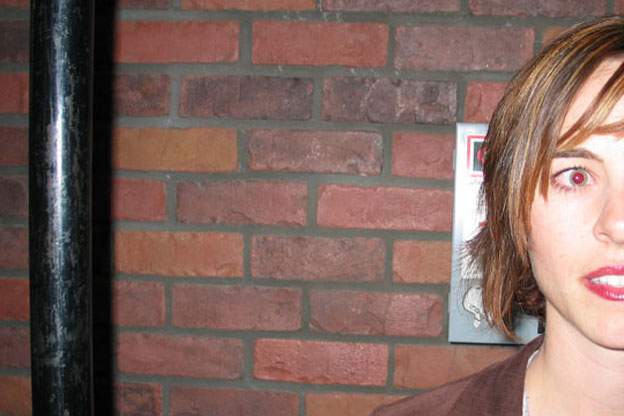 What causes glowing red eyes in photographs?It most often happens in low light (night and/or dim locations) situations where people have to use a flash.

While many people are familiar with parts of the human eye like retinas and pupils, a more unfamiliar part of the eye, the choroid, is, in part, responsible for why red eye happens.

The choroid is part of the uvea and is between your retina and the sclera (the sclera is colloquially known as "the whites of the eye"). It contains many blood vessels and connective tissue. The choroid provides an essential blood supply to the retina.

The other thing to remember is that human eyes are used to adjusting quickly to many kinds of lighting. Pupils dilate in low light to help a person see better. And in bright light, they constrict to filter out light and protect the retina.

In most situations where a camera flash is necessary, the pupils are dilated. The pupils aren't fast enough at contracting in these situations to not allow the light to reflect off the choroid's red blood vessels.

One other part to this is that melanin levels do have an effect. Melanin doesn't just effect skin color, it also effects the color of humans' irises. People with lower levels of melanin reflect more light and are more likely to have red eye in photographs.