All About White Nose Syndrome In Bats 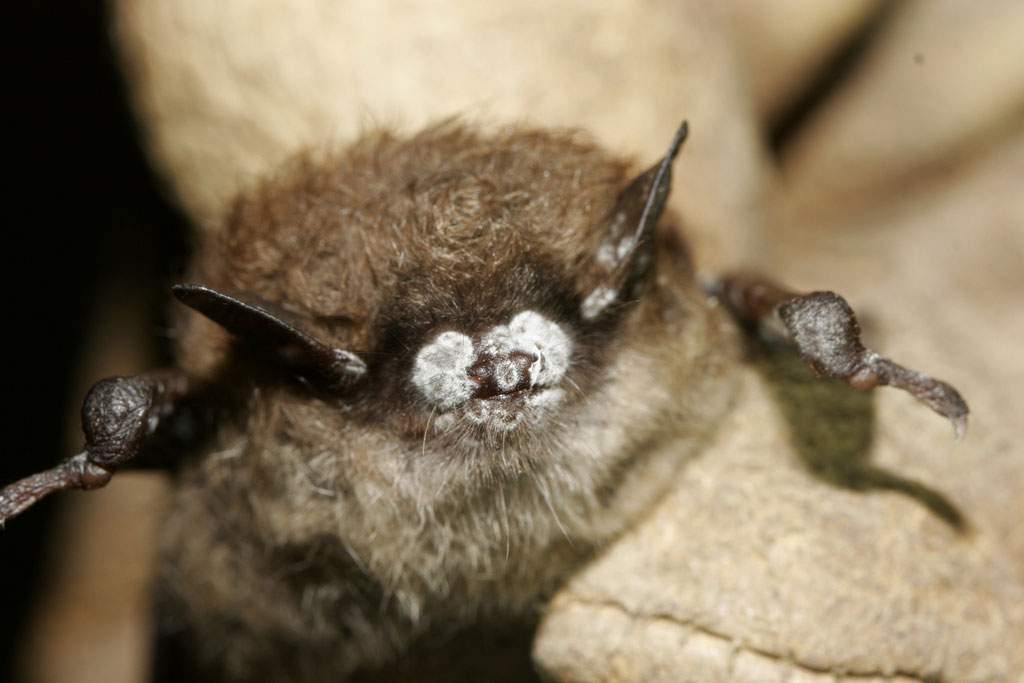 The mystery began in a cave near Albany, New York in 2006. A caver noticed a group of hibernating bats with white "stuff" on their noses.

By the next winter, a few hundred bats with the same white fungus were found dead in several New York caves. Those infected, but still alive, were behaving oddly, flying out of their caves in the middle of the day, searching for food and dying in droves on the ice and snow.

What's Happening To The Bats?

Nearly fifty bat species live in the U.S.; most are insectivores, and use echolocation to capture thousands of insects a night through the summer.

However, as temperatures fall and insects disappear, some bats enter caves and mines where they hibernate for the winter, slowly burning precious fat reserves till warmer weather arrives again. This is the time when white nose syndrome strikes, when hibernating bats are at their most vulnerable.

With more than a million bats dead in sixteen eastern US states and four Canadian Provinces, scientists have been working overtime to find the cause and find a way to fight the deadly disease. Researchers identified the fungus causing white nose syndrome as Geomyces destructans, a new to science fungus.

Using genetics, researchers quickly tied the fungus to Europe, although bats there don't seem to be affected by the disease. Scientists hope that by studying the fungus, how it affects bats and differences in susceptibility, they will be able to pinpoint a way to stop the disease.

Now that scientists know what causes white nose syndrome, their job isn't over. The US Fish and Wildlife Service leads over 100 agencies and organizations in the disease investigation and management response. They are determined to avoid irreversible losses to an often unrecognized, yet extremely important resource, North American bat populations.