The White Cliffs Of Plankton 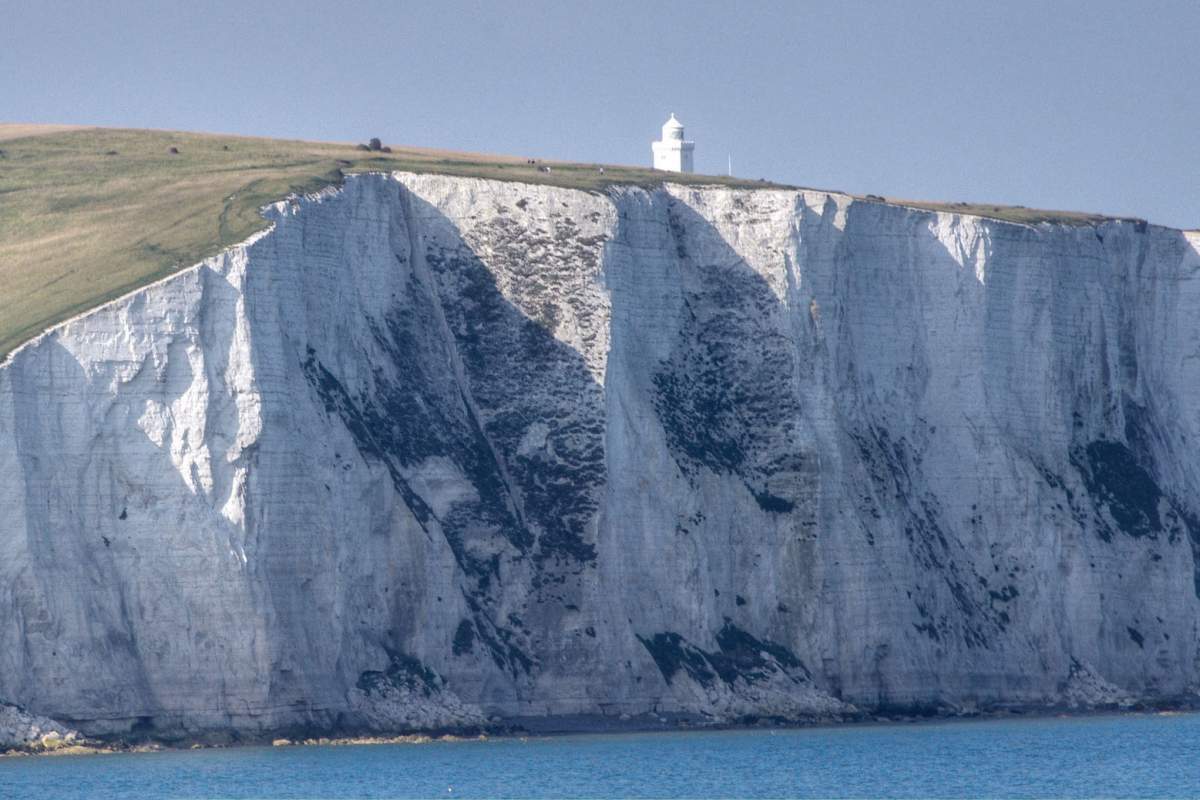 The White Cliffs of Dover in Southeast England are famous. They're beautiful. They've also been a setting for several historically significant events, and have been memorialized in songs, literature, art. The white cliffs of Dover are also geologically interesting.

If you're in the United States and you're interested in studying why the white cliffs are white, you might be able to save money by heading to the Midwest instead.

Around a hundred million years ago, the White Cliffs of Dover were underwater. In those shallow, warm seas lived microscopic plankton known as coccolithophores.

These singleâ€‘cell plants concentrated the calcium found in the seawater into transparent carbonate exoskeletons called coccoliths, which allowed the plankton to make food by photosynthesis. As the plankton died, they fell to the ocean floor where they consolidated into mud, and then, over time, into the white chalk seen today. The cliffs eventually emerged above sea level due to tectonic activity.

Millions of years earlier than the white cliffs of Dover formed, a similar thing happened in the Midwestern United States. The chalk beds found around the borders of lakes in parts of the Midwest formed from such microscopic marine activity.

For our readers and listeners based in Indiana (where A Moment of Science is based), chalk is part of the limestone family. Buildings made with Indiana limestone are spread across the United States. The next time you look at them, remember that one of the reasons this beautiful stone exists is because of plankton.