What Is Whipped Cream? 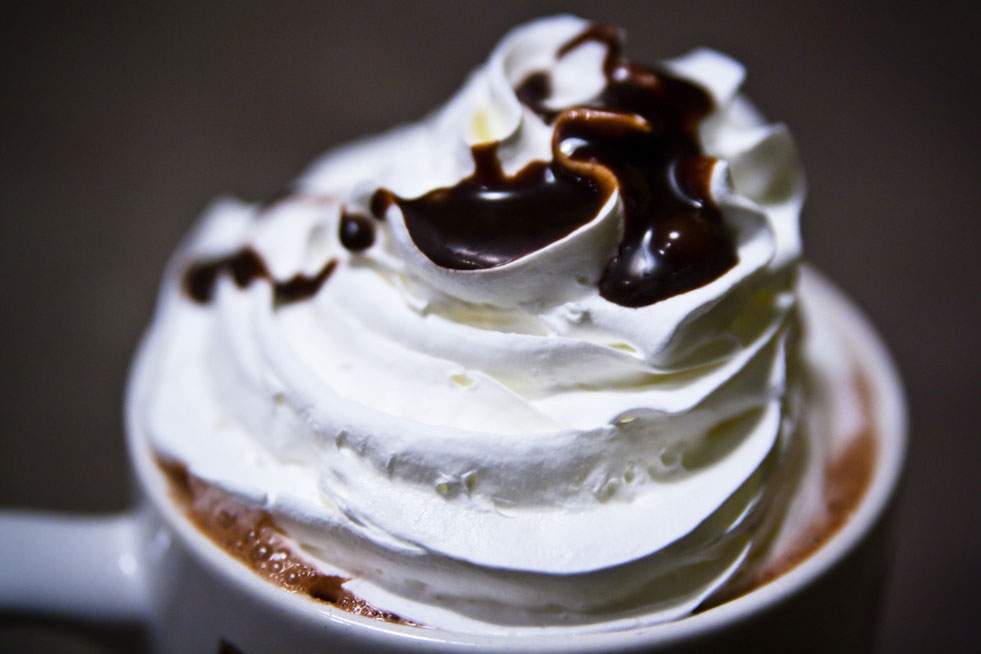 It adorns ice cream sundaes, pumpkin pie, gingerbread, and hot chocolate. Its sweet creaminess tantalizes taste buds and sends dieters running from the scale. Did you ever wonder why heavy cream whips into soft, light peaks?

When you whip heavy cream, air is forced into the liquid, and a stable mass of bubbles forms. Each bubble is a tiny pocket of air encircled by a thin film of water with proteins and other substances dissolved in it.

The proteins that stabilize whipped cream are the same as milk proteins, so it would seem that milk would whip into soft shiny peaks as well. But you could whip a bowl of milk all day and never get anything more than a light froth that would

The difference lies in whipping cream's high fat content. Whipping cream is from thirty to forty percent fat, in contrast to the four percent fat found in whole milk.

The fat molecules in milk act similarly, but there aren't enough of them to stabilize the milk foam for more than a few seconds.