What Makes A Yo-Yo Yo? 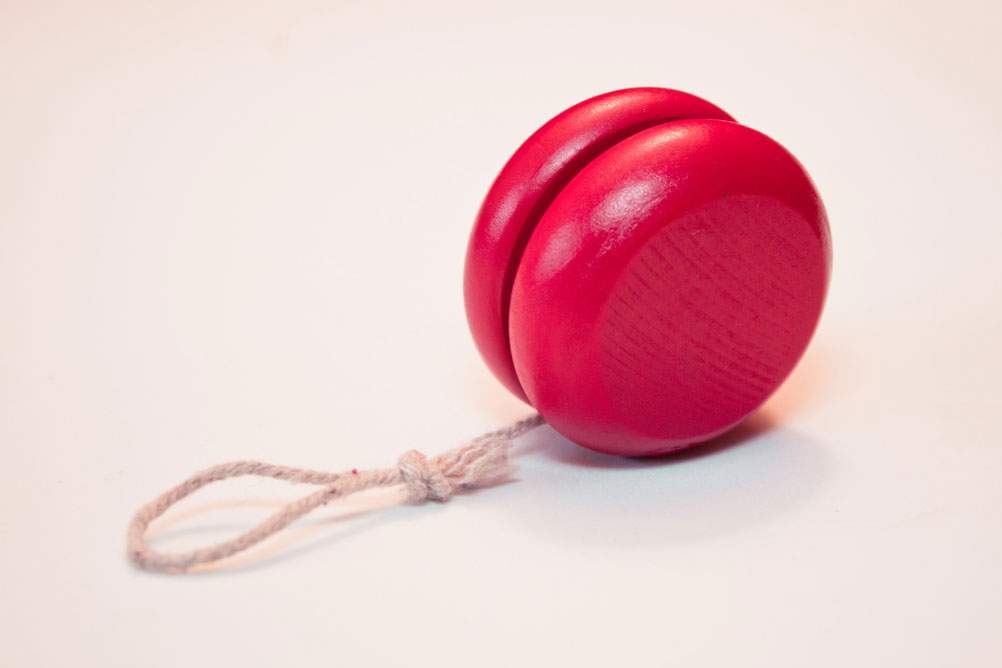 Ever wonder what makes a yo-yo yo?

The answer lies in physics. You may have heard the term "inertia." Inertia is the tendency of something in motion to stay in motion, and something at rest to stay at rest. When you let go of the yo-yo, gravity causes it to start moving down.

Now, because it has a string wrapped around its axle, the yo-yo will start spinning. By the time it reaches the end of the string, it is spinning fast. And because of inertia, it has a strong tendency to keep spinning.

The string that holds the yo-yo is attached to the axle in its middle. As the string unwinds, that axle is spinning too. So when it runs out of string, the axle keeps on spinning, causing the string to wrap itself around the other way. That's how the yo-yo winds itself back up.

Now in most yo-yos, there's a small loop at the bottom of the string. The yo-yo can be made to hang in that loop momentarily; that's called "sleeping" the yo-yo. A quick tug on the string pulls the loop against the axle, increasing the friction between them.

That momentary increase of friction causes the string to catch on the axle, wrap around the spinning axle, and up comes the yo-yo again.