What Came First, The Trunk Or The Snorkel? 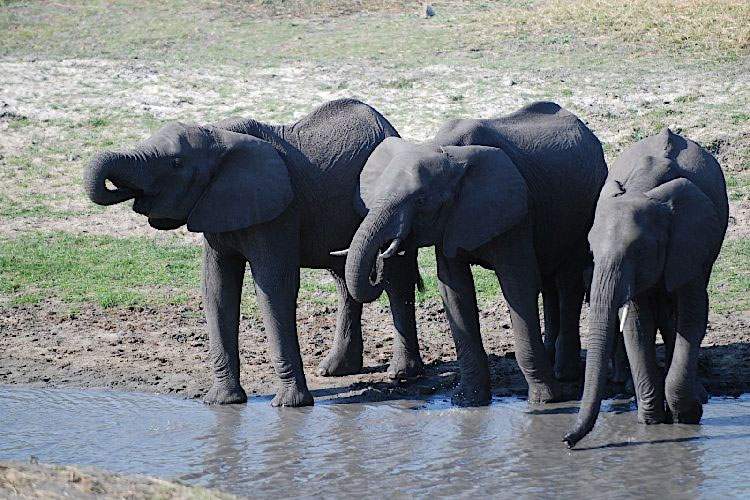 You may have heard some speculation that elephants were once aquatic animals. Today we take a closer look at this debate. You may think that there's plenty of evidence supporting the thought of elephants having aquatic ancestors. For example, when elephants swim, they use their trunks as snorkels, so their trunks must be adaptations for swimming.

But it's more that elephants swim simply because they can rather than because their ancestors did. In the thirty-five million years for which we have evidence of the elephant as a terrestrial animal, elephants' trunks have gotten longer so trunk development can't just be purely an adaptation for swimming.

Although the elephant's nearest living relative is the sea cow, it doesn't necessarily follow that both sea cows and elephants had a shared aquatic ancestor. If anything, fossil evidence suggests that sea cows adapted to living in water while the rest of their genetic relativeslike the elephant and the aardvarkstayed on land.

Elephants also have denser lung tissue, which may help them withstand the increased pressure when they swim underwater.

However, some scientists argue that elephants are never submerged so deeply that water pressure on their lungs would be an issue, and that denser lung tissue in elephants may have developed for other reasons. The key in this kind of discussion is to avoid forcing your observations to fit a foregone conclusion.