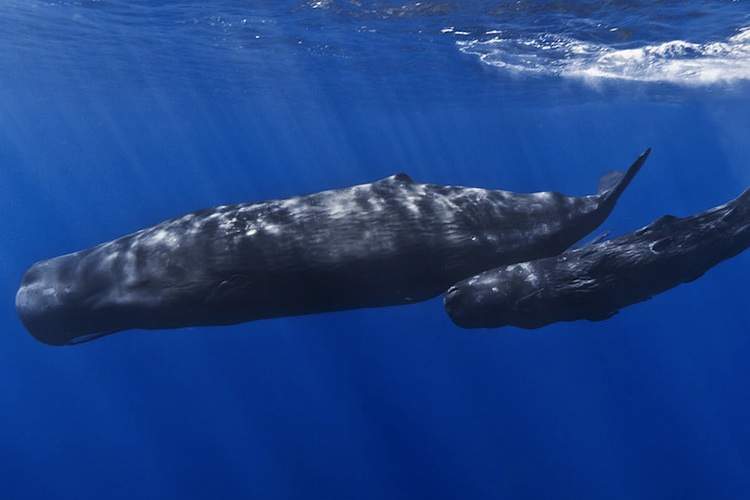 As you probably know, humans are not well adapted to live for very long in water. In addition to not having flippers or layers of blubber, the human circulatory system cannot tolerate the enormous pressure that comes with diving down deep in the ocean.

Everything on Earth is under pressure. Even on land, the weight of miles of atmosphere pushes down on us.

And as you go deeper under water a substance which is a much denser than air this pressure increases due to all that water overhead also pushing down. The Guinness world record for a dive with SCUBA gear is 1,044 feet. However, diving this deep is dangerous and tends to cause injuries.

However, some sea creatures can hang out in the depths with little trouble. Fin whales, often found in the North Atlantic, spend a lot of time around 650 feet down, where they like to dine on krill, small fish and squid. At that depth, there's enough pressure to squish our arteries, but the whales have no problem.

Scientists from the University of British Columbia in Canada now know why. Compared to a pig, the closest land dwelling animal to a whale, fin whales have much more collagen around their arteries, the tubes.

When the biologists inflated the whale arteries with salt water, they did not stretch, while the pig arteries did. And when the scientists then put both under intense pressure, the pig arteries collapsed while the whale counterparts stayed strong. The researchers think this may be how whales can withstand the great pressure of the ocean and be able to dive down deep.