Water on the Sun 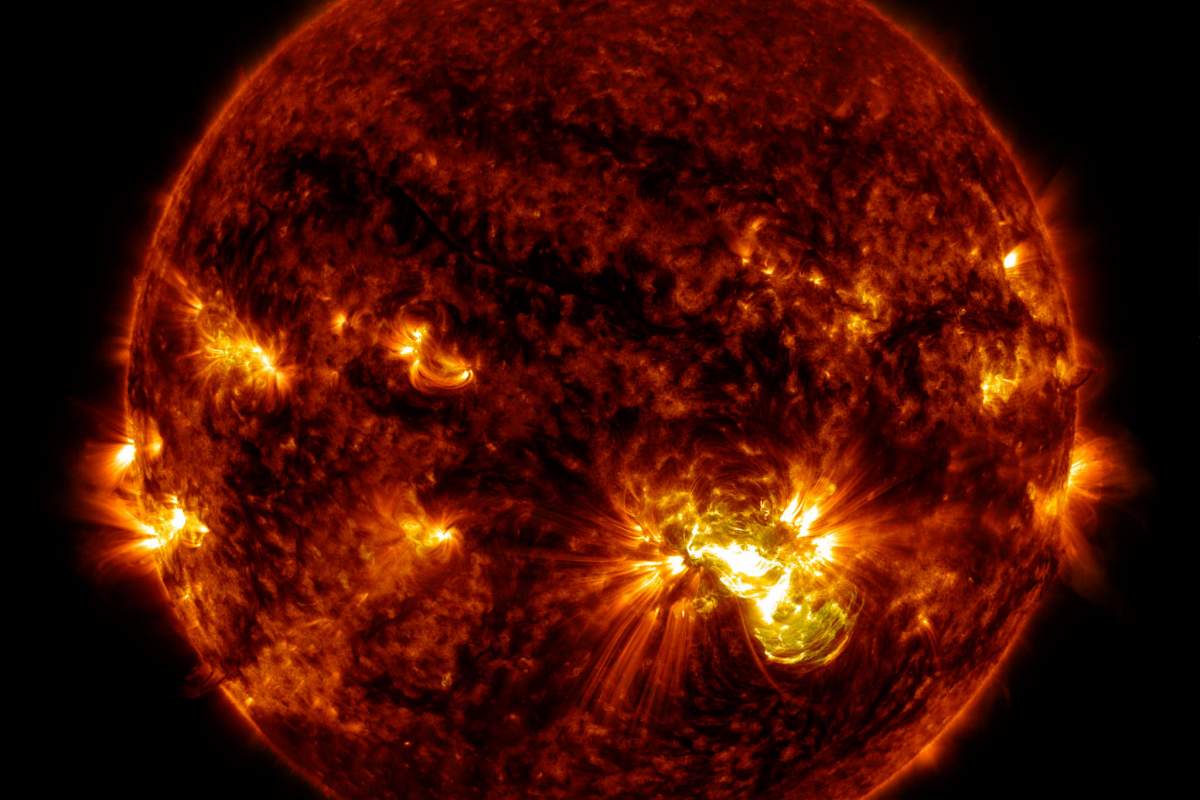 If you could safely travel to the sun, which of the following things would you find there?

D) All of the above

Now, as you know, the sun is really hot. How hot? Really, really, really hot! So hot, in fact, that nearly all its atoms, including oxygen and hydrogen, float around without attaching to each other to form molecules.

The strong magnetic fields affect pushes most of the sun's gas aside, creating a slightly less hot space in the middle of the spot. There, things are just cool enough for the remaining atoms, including oxygen and hydrogen, to momentarily bond.

This doesn't mean that there are liquid oceans on the sun, of course. It's still too hot for that. In fact, it's still so hot that if you could throw a hunk of iron into the center of a sunspot, it would immediately vaporize.

So, no one water molecule lasts for very long. Sunspots do contain trace amounts of H2O in vapor form, and that's still water on the sun!

If you want to keep reading about magnetic fields, we have a recent post about the relationship between magnetic fields and auroras. You could also read about how Cold War era nuclear tests affected the Earth's magnetosphere, as well as their impact on space weather.