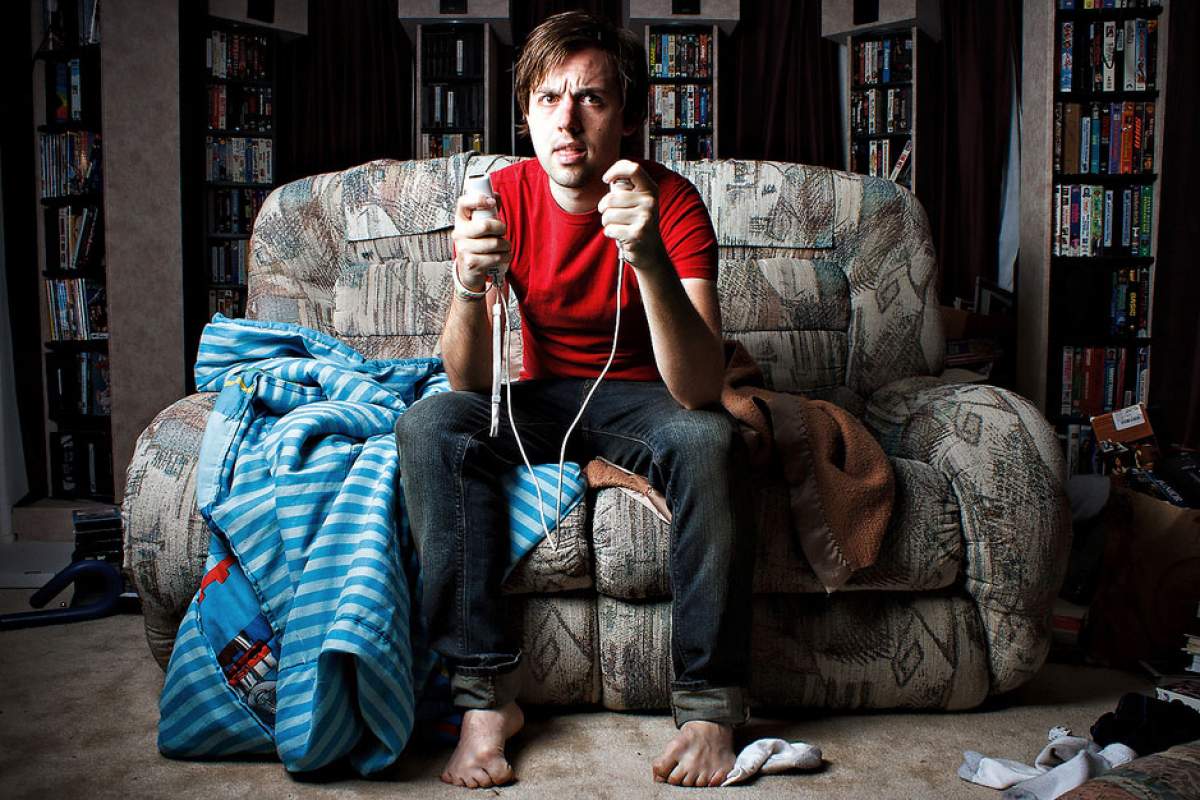 Video games are a huge industry kids and young adults spend more time playing them than watching movies or TV. And some of the most popular video games are ultra realistic war and fighting games featuring massive amounts of hi-res violence.

So if you're a parent, or a pundit, or maybe even a dedicated gamer, you've gotta wonder: does spending countless hours doing virtual violence to pixelated monsters and warriors have any effect on our sensitive and malleable brains?

To find out, researchers at the Indiana University School of Medicine studied the effects of violent video games on twenty-eight non gaming guys. Half of them played a violent game for a week and then took a week off. The other half didn't play any video games, acting as the control group.

After one week the subjects underwent fMRI analysis and then again after two weeks. During the fMRI sessions both groups did tasks meant to test their cognitive abilities.

Now, twenty-eight subjects is a pretty small sample size, but the results were interesting. After only one week of gaming, the guys that played the violent game showed decreased activity in parts of the brain associated with cognitive function and emotional control. After a cool down week of no gaming, the subjects' brain functioning was closer to normal.

So does this prove that violent video games warp young men's minds? Not exactly. That would take a much larger study. But the study at the very least suggests that doing pretend violence may have a real effect on how we think and act.