A Moment Of Vinegar 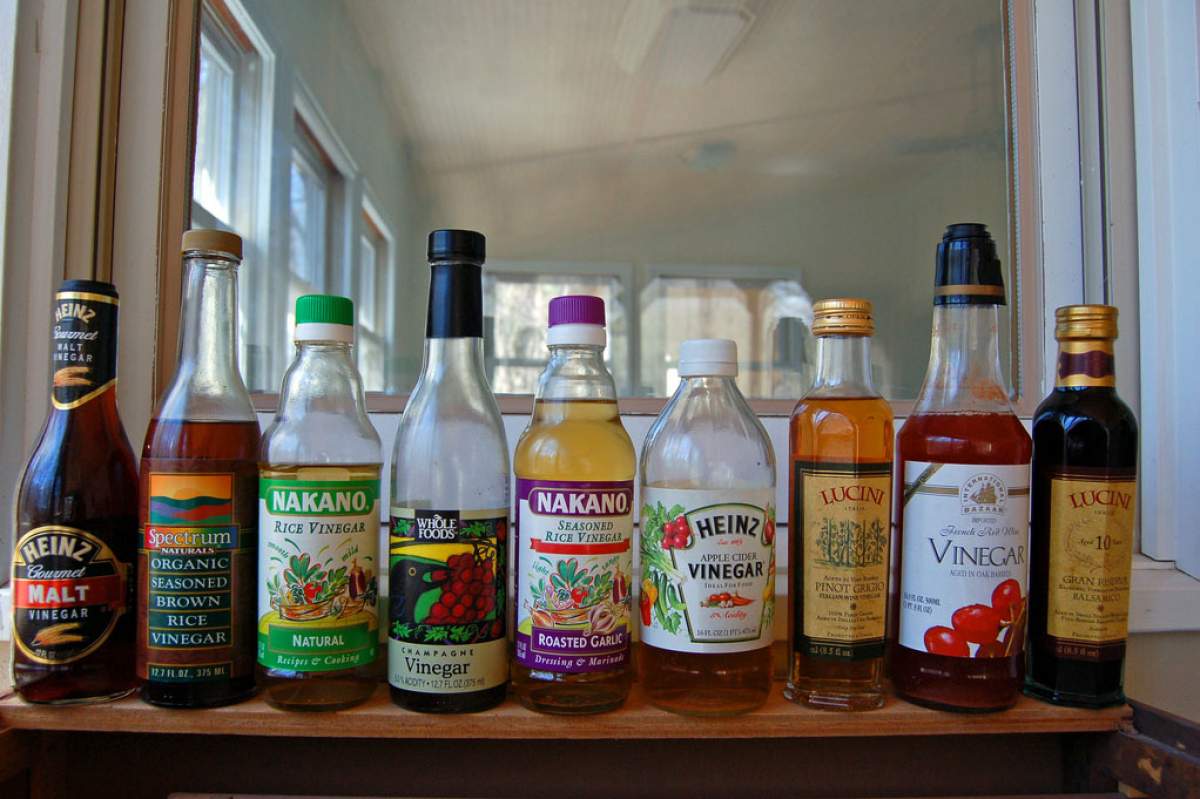 This month on the A Moment Of Science blog, we're taking a look at some of the science behind food. This week, we're starting with vinegar.

Vinegar, like wine, is created through fermentation. And if you've ever forgotten some leftover wine in the back of your refrigerator or had one that was in some way not properly sealed, and then tried to drink it, you already know: some vinegars are just wines that have continued to ferment.

You also probably knew this if you speak French. The word vinegar is a derivative of vinaigre which means sour wine.

Many of the kinds of vinegar-from white wine to balsamic to rice to apple cider-are made that way. There is also white vinegar that often isn't made from a second fermentation process, but is made instead with acetic acid that's been produced in a lab. People who cook with vinegar tend to stay away from this kind because it can be too acidic; it also doesn't have the same amount of flavor.

Still not sure why vinegar is so great? Vinegar, because of its acidity, is an excellent cleaning product. Apple cider vinegar can be used to kill the bacteria in a smelly refrigerator. White vinegar and baking soda can be combined to create a paste that can break down grease on a kitchen stove.

Although, vinegar is so acidic, it can harm granite and other stone-based surfaces. But even that is interesting; the human stomach can handle and process something that can alter the appearance of rock. If you don't want to test vinegar's acidity on your granite counter tops, you could try testing it on a chicken bone.

The acidity of vinegar is enough that after three days, a formerly study chicken bone will become rubbery. And if you're interested in trying this, there's a link to this specific experiment in the sources.

Vinegar is also a key component for a lot of the pickled foods we eat. While there are some things that are pickled that don't utilize vinegar, like delicious kimchi, an obvious example of pickling, is, well, pickles. Kosher salt, vinegar, water, garlic, cucumbers. The vinegar acts like a preservative.

A similar thing actually happens in bogs. We've featured bog bodies and bog butter in the past, but water with the right PH levels and low exposure to oxygen, makes decomposition happen at a much slower rate. It's why pickles can stay good for so long, rather than spoiling.