How Do Vampire Bats Use Their Noses To Detect Prey? 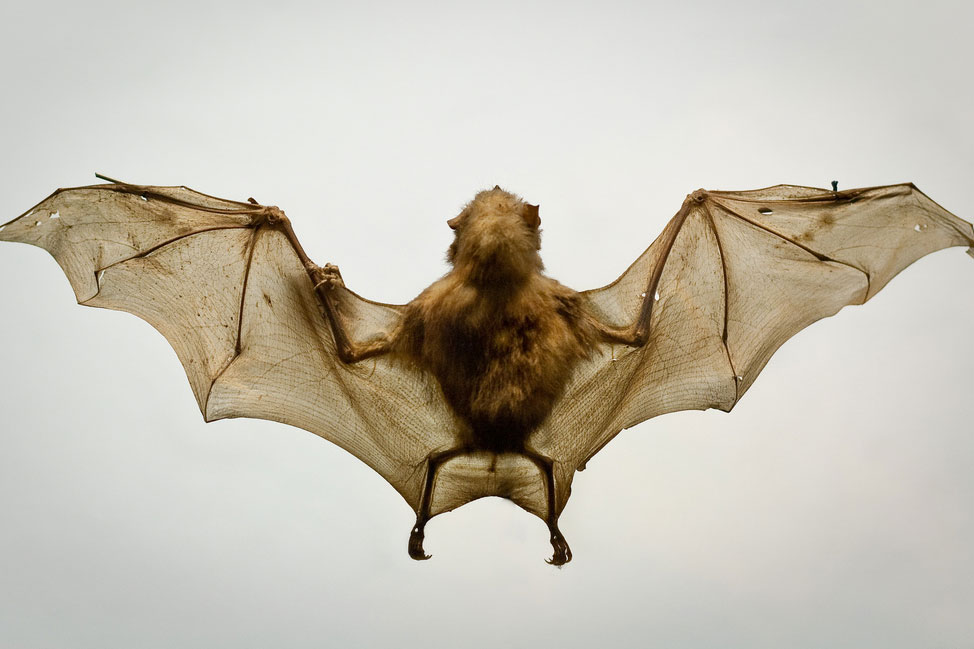 They prowl in the dark, soar through starlit skies and bound quietly along the ground stalking unsuspecting victims. They are vampire bats, and they are looking for blood.

Scientists have been studying vampire bats for years. Like other bats, they feed only at night. Their teeth are razor sharp, and grooves in their tongues allow them to draw blood from a wound. They also have an anticoagulation chemical in their saliva to keep the blood flowing, and can drink half their body weight in blood in one sitting.

Scientists have known about special heat-detecting pits in vampire bat noses that allow them to locate blood vessels, but it wasn't until recently that they discovered how these heat detectors work.

They have found that vampire bats have sensory molecules covering the nerve endings on their noses. These tiny molecules open or close if they perceive the correct stimulus from chemicals, cold, heat, or pressure. One molecule, TRPV1, is a heat-sensing molecule that can detect temperature increases and alert the bat to warm blood.

Similar molecules can be found on pain-sensing nerves in human tongues, skin and eyes. They allow people to taste hot chili peppers and other spicy foods, and know when they're touching a hot object.

The vampire bat's nose is a good example of how sensory system molecules were altered through evolutionary time to become sensitive to different stimuli. TRPV1 belongs to a large family of molecules that differ slightly from one animal to the next. Small changes in the genome alter each molecule's job and its location.

In the case of the vampire bat, that small change means a fresh meal of hot blood every night.