The Unexplained Appearance of Oumuamua 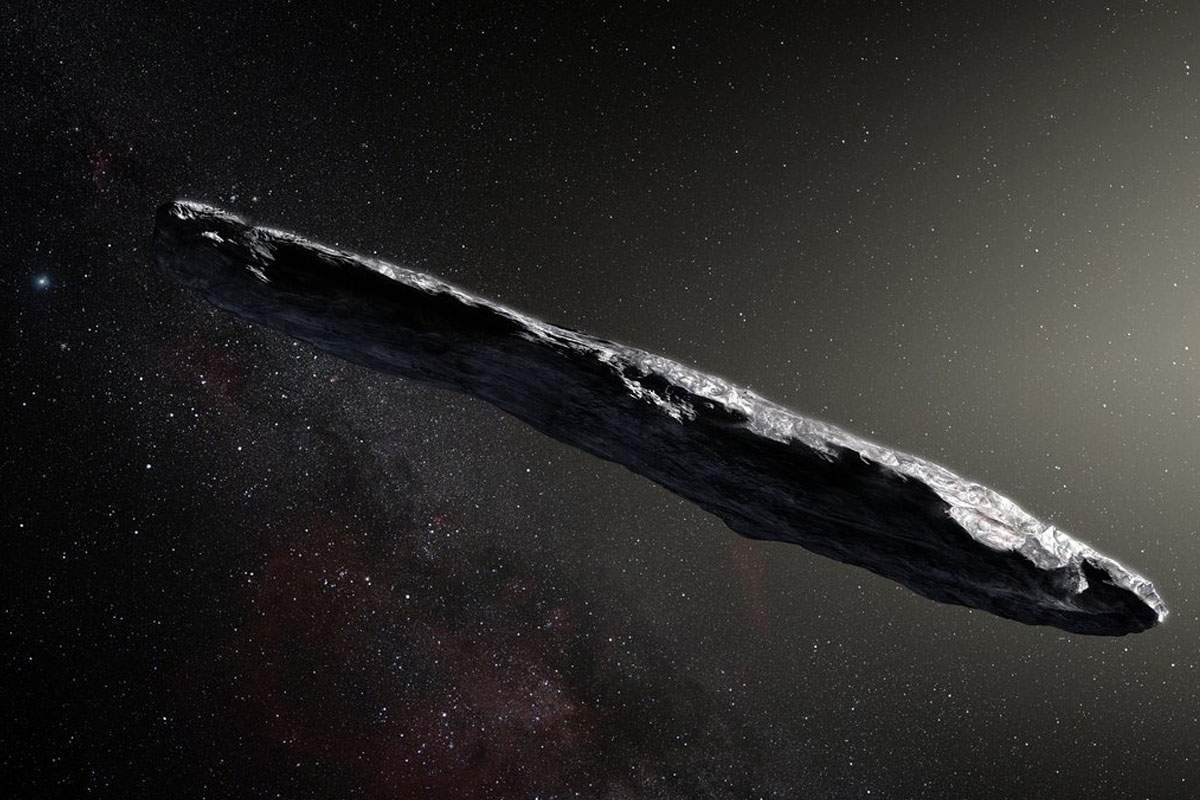 In October, 2017 astronomers at Haleakala Observatory in Hawaii discovered something strange. It was an object, moving through the solar system too fast to have been captured by the sun's gravitational pull.Â It had come from interstellar space, passed the sun, and was hurtling back out into interstellar space. The scientists named it "Oumuamua," a Hawaiian word for "scout" or "messenger."

Before seeing Oumuamua, no one had ever discovered an object from interstellar space in the solar system before.

At first, the researchers thought that it was a comet, but comets are made out of ice and dust. They also release lots of gas and dust when they approach the sun and the ices melt.

Sometimes this results in a tail of gas and dust.

Oumuamua didn't do any of this, so it probably wasn't like a typical comet. Its shape is also not like any known comet.

It's cigar-shaped, ten times as long as it is wide, and it's spinning and tumbling in space. Its light indicates that it has a composition similar to some asteroids.Â Its surface is reddened by long exposure to cosmic rays in deep space.

Oumuamua has a shape unlike any natural object ever discovered in space. As a result, some people have made speculations about Oumuamua being proof of extraterrestrial life.

That possibility also occurred to the astronomers, and several different teams listened to Oumuamua with powerful radio telescopes for possible signals, just in case, but they didn't find anything.Â Whatever Oumuamau was, it has now passed beyond the range of our telescopes, and we may never learn anything more about it.