The Uneven Rise Of The Eastern Seaboard 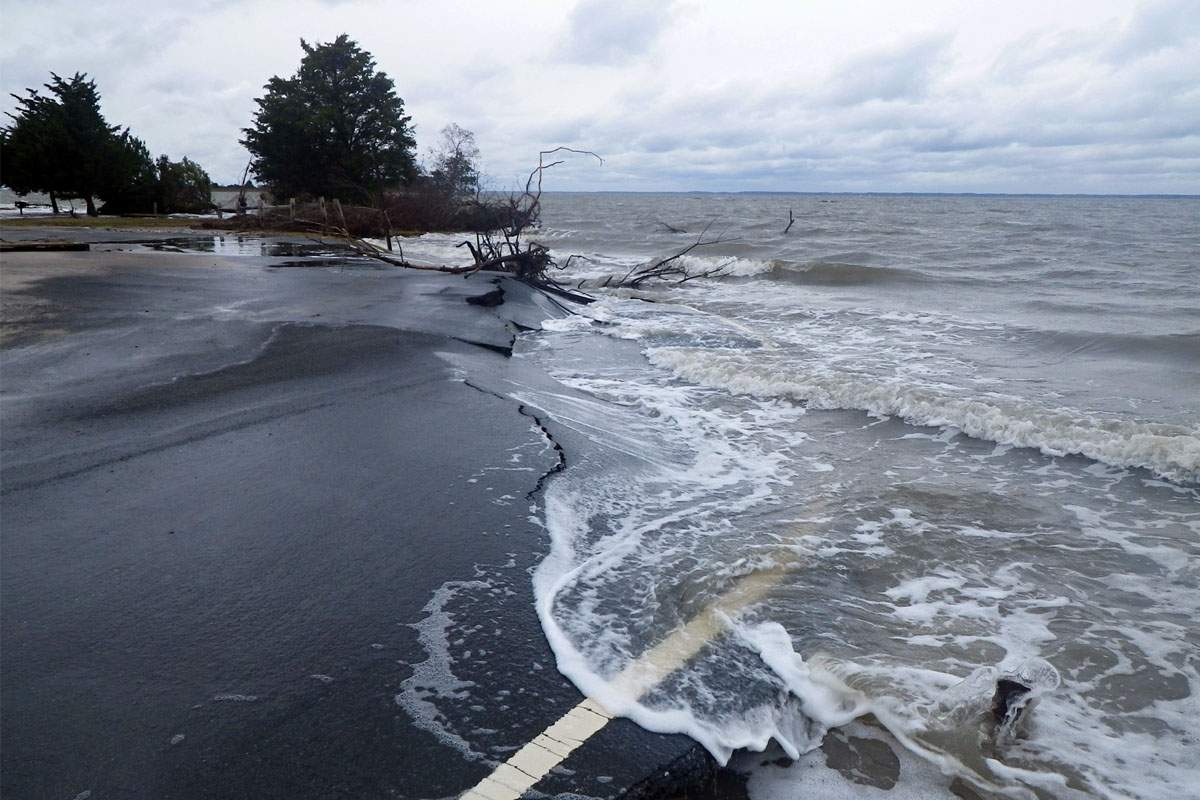 Imagine standing on a small beach. Thereâ€˜s plenty of ocean, but there isnâ€˜t even enough sand to lay a beach blanket down.

The sand likely used to stretch a lot farther out. In fact, mid-Atlantic states such as North Carolina, Virginia and Maryland have been hit particularly hard by rising sea levels-over the past century, the sea level there has risen about a foot and a half as global temperatures rise and land ice melts.

In New York, the sea has risen a foot over the past century, and in Maine, a half foot. How can we explain that difference?

At least on the coast of the U.S., we can point to a phenomenon called post-glacial rebound. During the last Ice Age, parts of the northern hemisphere including present-day Canada and the northeast U.S. were covered by huge sheets of ice.

That ice was really heavy, and made the land underneath it sink down, which in turn made the land on the edges of the ice sheet rise up. When the ice sheets started melting, the land that had sunk down started to rebound and rise back up, while the areas that had risen up now started to sink. This rising and falling is still going on today, and the areas that are now slowly sinking are the most affected by rising sea levels.

This means that some places are going to be affected earlier than others, but with sea levels rising steadily everywhere, coastal communities everywhere are eventually going to see the effects.