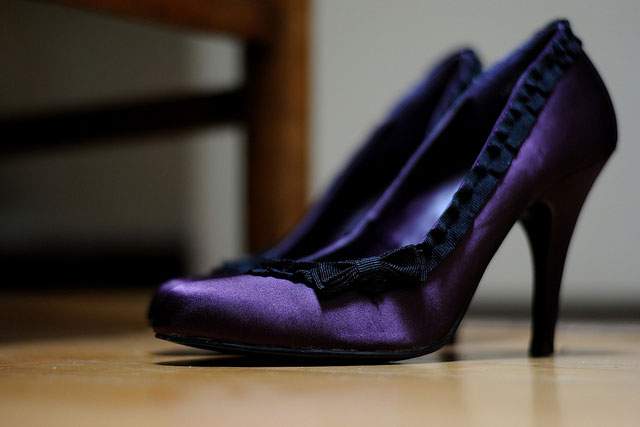 In physics, pressure depends on the amount of force acting on a surface and on the size of the surface. The smaller the surface, the greater the pressure. Let's say that a woman steps on your toe; she weighs 120 pounds. If she's wearing flat shoes, you would feel the force of 120 pounds spread out over the whole heel of the shoe, maybe around 4 square inches. So the pressure would be 120 divided by 4, or 30 pounds per square inch.

It works the other way, too. Spiked heels are painful to wear because your weight is all on the spike and the ball of the foot; therefore, the pressure is much greater on these points than in running shoes, where your weight is spread out over the whole bottom of the foot.