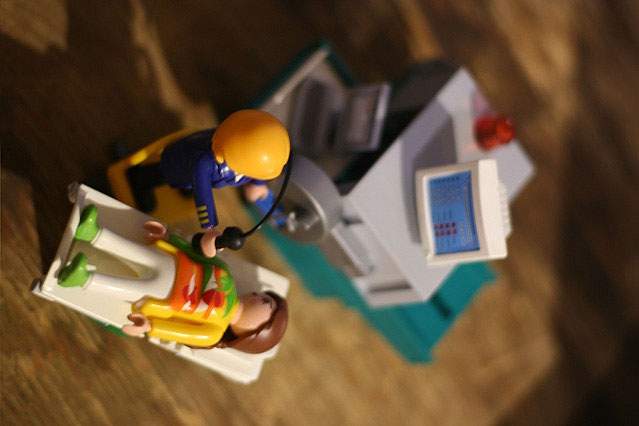 Ultrasound has many important uses. Most famously, it allows expecting parents and clinicians to take a peek at babies in the womb to make sure they're doing OK. Ultrasound is also good for imaging organs, blood vessels, and other body parts without subjecting patients to harmful doses of radiation.

And according to a few studies, ultrasound may also help improve mood.

That's what researchers at the University of Arizona Medical Center in Tucson found when they applied ultrasound to the brains of patients suffering from chronic pain. Using a wand, the patients received ultrasound above and just in front of their temples, allowing the high frequency sound waves to penetrate through to the brain's temporal and frontal cortex.

Both ten minutes and forty minutes after the procedure, patients who'd received ultrasound reported significant improvement in mood. Patients who received a placebo, meanwhile, did not report any improvement.

So How Does Ultrasound Improve Mood?

That's still largely a mystery. One theory speculates that ultrasound waves enhance the vibrations of microtubules hollow rods that give brain cells their shape and guide the delivery of nutrients, proteins, and other things inside brain cells. It's thought that microtubules resonate naturally, and that ultrasound boosts or possibly fine tunes their resonance, which could result in better functioning brain cells.

Scientists still have a long way to go to really understand how ultrasound may be used not only to improve mood, but also treat common mental illnesses like depression. Learning more will require research on a larger and more diverse group of test subjects.

But if the initial results hold up, ultrasound could prove to be a powerful, non invasive mood booster.