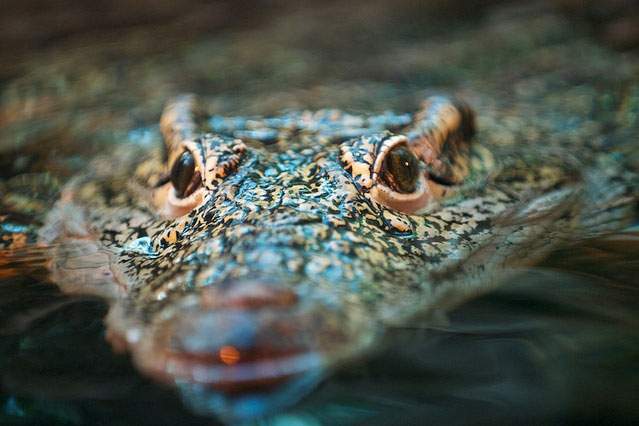 Unless you've been holed up in a cave north of the Arctic Circle, you've at least heard of the reality TV hit Survivor. People from all walks of life are whisked away to some exotic locale to match wits and compete for the million-dollar prize at the end.

The Game Of Survivor

Of course, in the animal kingdom a game of Survivor has been going on since micro-organisms first developed in the primordial soup. Species appear on the evolutionary scene, have their day in the sun, and in most cases eventually get "voted off the island."

Few species, though, have played the survival game better than crocodiles, whose roughly 200 million years of existence mark them as survival specialists.

Unlike their contemporaries the dinosaurs, crocodiles managed to survive whatever killed off their Jurassic cousins. So what accounts for their longevity?

According to one theory, crocodiles survived because they are cold-blooded. Unlike warm-blooded creatures, crocs don't depend on constant feeding for survival. When food is scarce due to low temperatures, they adapt by basically shutting down their bodies and laying low. That way crocodiles can survive for up to a year with little to no food.

But then what separates crocodiles from dinosaurs, which were also cold-blooded? Ah, there's the rub. In recent years scientists have speculated that dinosaurs were in fact somewhere in between cold and warm-blooded, making them more susceptible to drastic climate change. So when the ice-age, or the comet, or whatever it was that voted dinosaurs off the planet touched down, crocodiles just toughed it out and adapted to new conditions.

And they're not in it for the moneytheir only reward is survival.