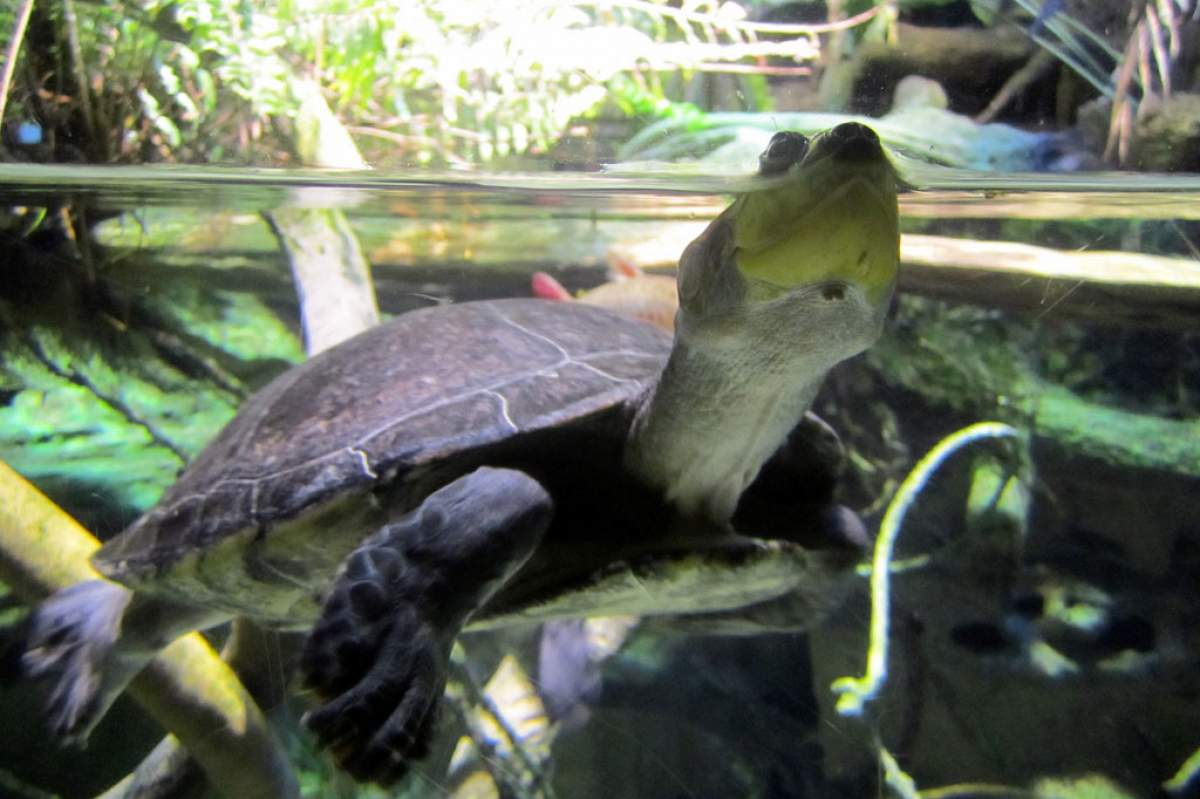 Imagine you're encountering a turtle. You reach out a hand and... zip! It's a member of a turtle species that has the ability to pull its head and neck into its shell for protection. But how and why did that trait evolve? Have turtles always been able to do that?

Magic Ooze Is Not The Answer

Researchers at the JURASSICA Museum, in Switzerland, have found an ancient turtle, Platychelys oberndorferi, that lived in Europe around 150 million years ago, could do something similar.

Now, Platychelys was an ancient type belonging to the suborder pleurodira, also known as side-necked turtles. These turtles retract their heads by turning their necks sideways. The other suborder is called cryptodira, which describes turtles that retract their heads back into their shells in a vertical movement.

Both types seem to have evolved this trait, independently from one another, as a hunting mechanism. It's not yet clear how or why head and neck retraction became a defensive ploy for turtles.