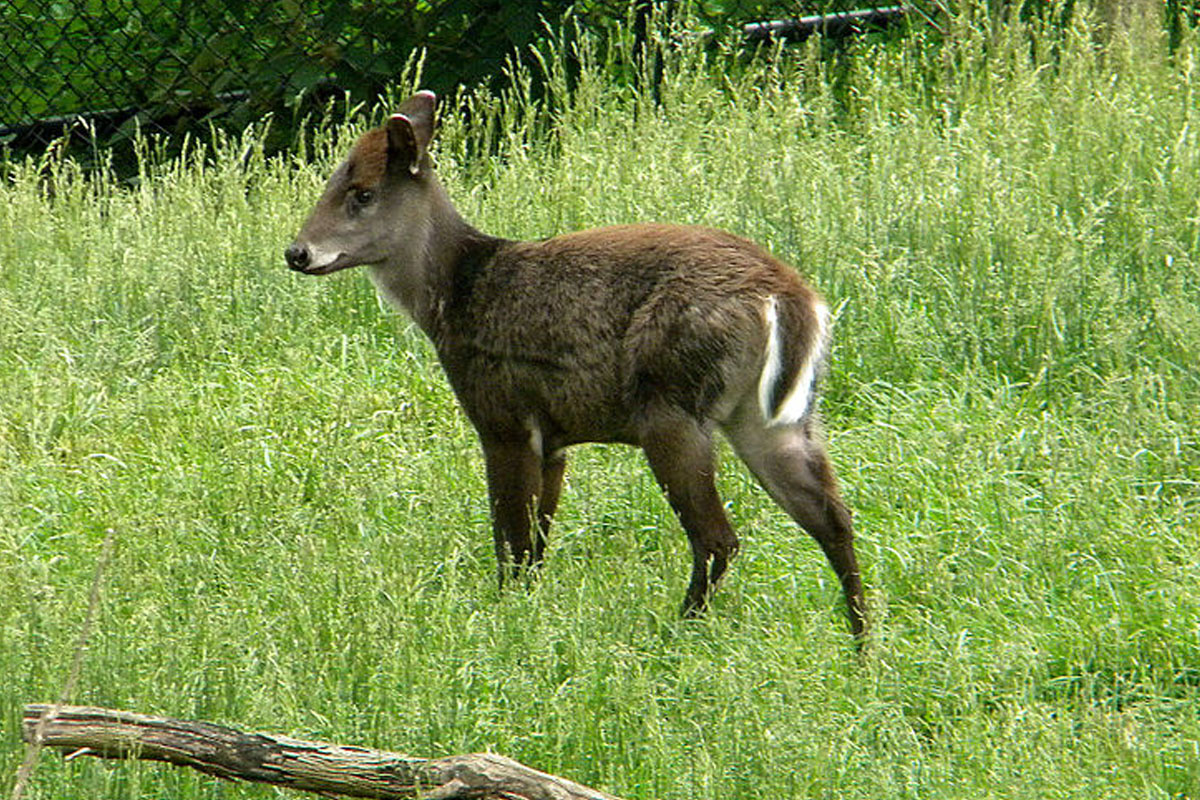 The tufted deer is a small, peculiar species that lives throughout southern China, from high eastern Tibetan mountains to low coastal mountains. It generally prefers forests and shrubby habitats.

The deer is dark brown with grayish highlights, though the tips of its ears and nose are white. It stands about two feet high at the shoulder. It also has a big tuft of dark fur on the top of its head, which mostly hides its stubby antlers.

However, its tusks are by far its most interesting feature. Even though its tusks strongly resemble fangs, it eats a strictly vegetarian diet of leaves, grass and fruit. It could even be said that the tufted deer is a somewhat shy species, usually only active around dawn and dusk, hanging out alone or in pairs.

The males will use their long canines to fiercely defend their territory or fight over mates. TheÂ tusks might also act as a warning sign, saying, "Stay back" to rivals. Itâ€˜s too bad, though, theseÂ tufted deer canâ€˜t fight their declining population. Sadly, their species is classified as "nearÂ threatened" due to hunting and loss of habitat.