All About Tube Worms 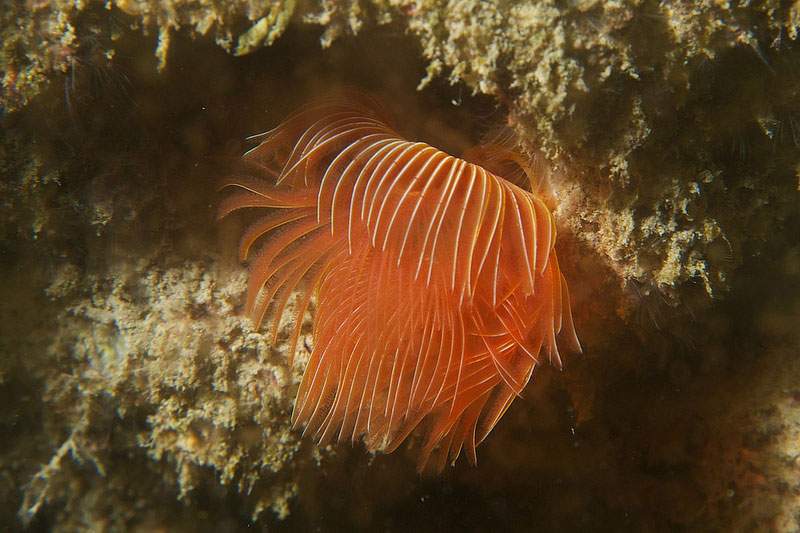 Here at a Moment of Science, we try to keep you informed about critters that are unusual but make for good conversation.

For example, the next time your kids complain about your cooking, tell them about the tube worms that live eighteen hundred feet beneath the Gulf of Mexico. These worms, scientists have discovered, eat vile things such as sulfur without complaining, and still manage to survive with flare.

You see, down at the bottom of the ocean, it's dark and cold, and there just isn't much to eat in the conventional sense. So here's how tube worms manage. First they attach themselves to rocks that are located near oil deposits that are buried deep under the sea bed.

As hydrocarbons from the oil deposit seep upward into the water, they are decomposed by bacteria that release byproducts containing only hydrogen and sulfur. Using a structure similar to gills, the worms ingest these sulfur compounds and turn them into sugar with the aid of yet another kind of bacteria that live inside their bloodstream.

As bleak as this existence may sound, it works. Tube worms can grow to be over six feet long, and some of them reach the ripe old age of two hundred and fifty, which means they are among the oldest known living sea creatures without a spinal cord.

Plus, not only have tube worms found a great food source, but, because they live in such a hostile environment, they also don't need to worry about predators. So for a long and healthy life, it seems all you need is some peace, quiet, and a little bit of sulfur. At least if you're a tube worm.