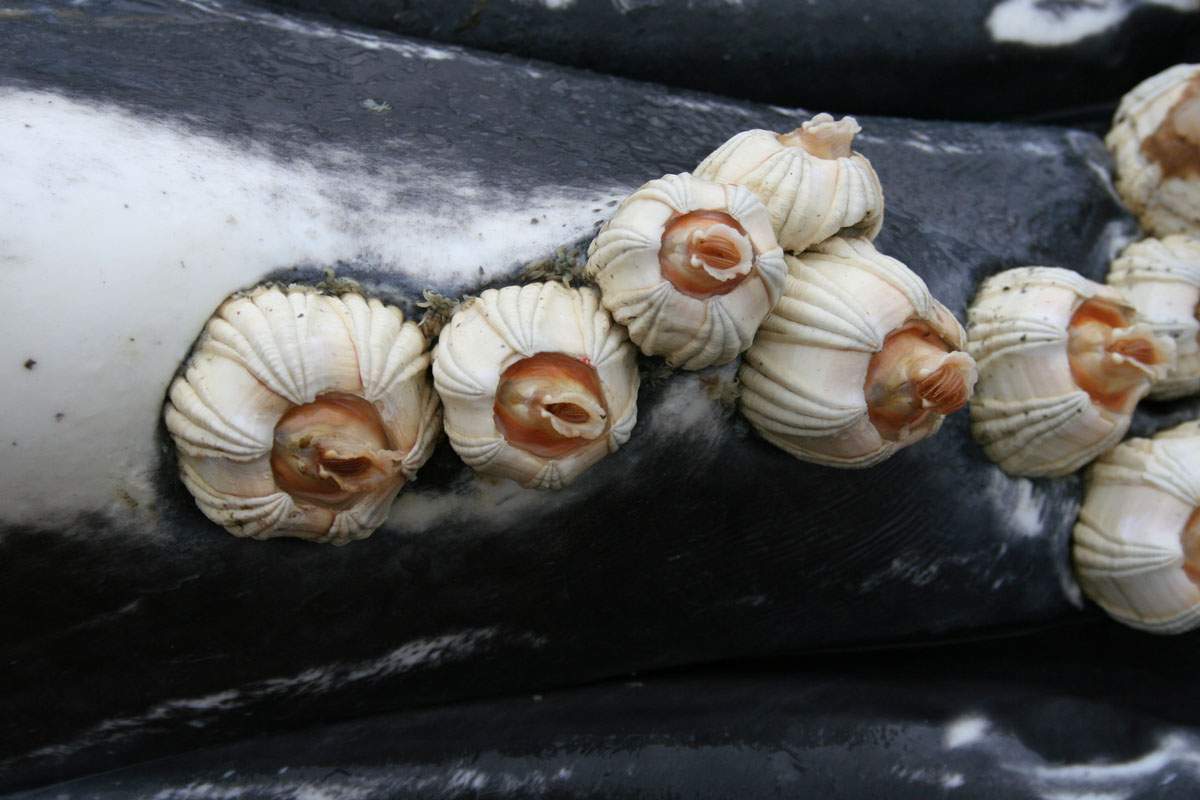 Most species of whales spend summers feeding in cold, northern waters, and then migrate down toward the equator in the winter to breed.

Scientists are still trying to figure out just how long whales have been making annual trips south for the winter. There are some theories about when in their evolutionary history whales started migrating yearly, but not that much evidence.

Recently, researchers decided to study whale barnacles as a means to unraveling part of the mystery.

Whale barnacles cling to a whale's skin and, as they grow, take up oxygen isotopes from the water, which becomes part of their shells.

Since different oceans have different oxygen isotopes, scientists can study fossil barnacles to see where they traveled, and use that information to help reconstruct past whale migrations. So far, they've found that ancient humpback and grey whales took journeys that were really similar to the ones the species take today. In fact, they're been making the same migrations for at least hundreds of thousands of years.