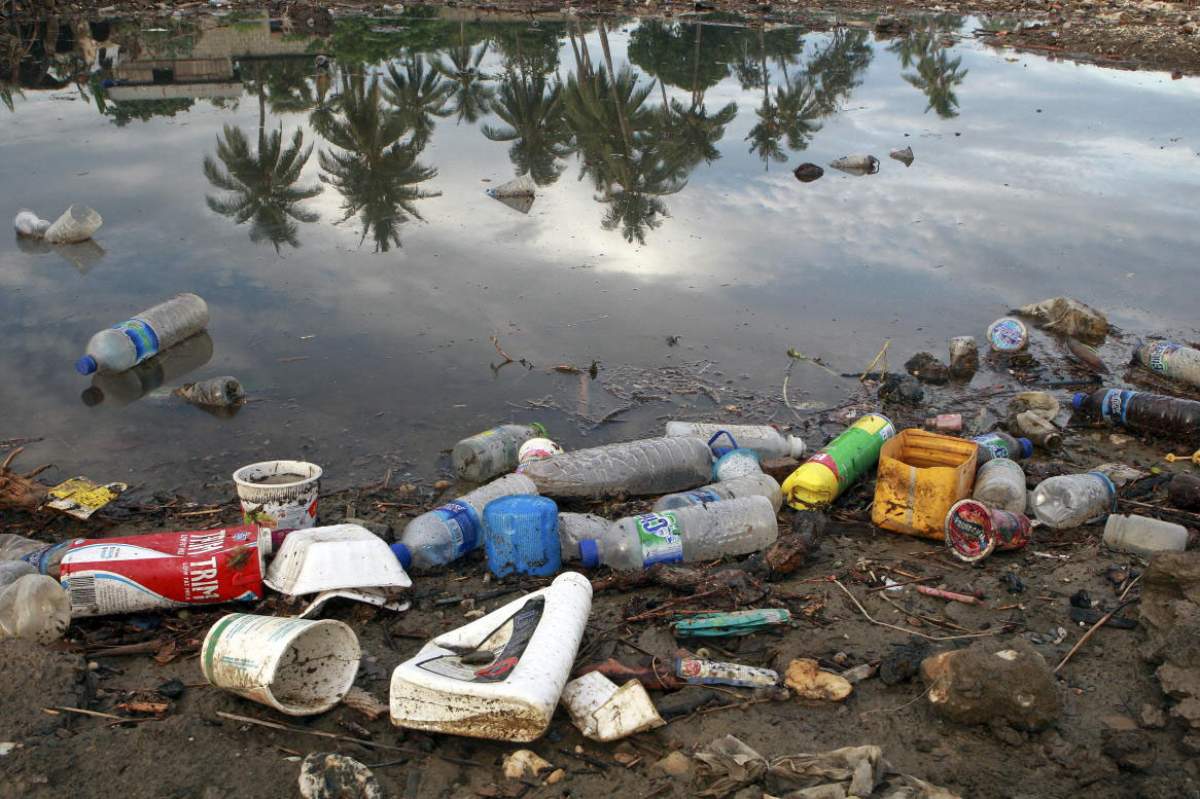 In 2016, China imported nearly half of the world's plastic waste, but in 2017, the Chinese government said it would no longer allow imports of foreign plastics.

For years, China had taken on more than its share of the burden to manage the world's waste, primarily sent from the U.S., Britain, Germany, and Japan. Where all that plastic went is difficult to determine. Trade data doesn't trace the journey of waste from country to country.

Plastic In Landfills And Oceans

Some of it ends up in landfills and oceans, Chinese reports say. The plastic surplus grows annually now since the 1990s, when single-use plastics and e-waste plastics began to flood the market.

The town of Guiyu (GWeye-Yoo) in China has been overrun by the world's e-waste. Behind the heavy-duty plastics of most e-waste are many toxic chemicals, like those used to make computer monitors.

Children With Excess Lead Levels In Their Blood

These chemicals have leeched into groundwater in Guiyu, and researchers find that 80 percent of Guiyu children now live with excess levels of lead in their blood. China now restricts imports to better protect its environment and peoples' health. The recycling effort has moved to other south-Asian nations, like Indonesia and Malaysia where overflow remains an issue.

But Indonesia is experimenting with solutions to reduce plastic marine debris by 70 percent by 2025. They're turning it into asphalt and incentivizing companies that use biodegradable packaging, made with seaweed, cassava, and tapioca.

Domestic plastic recycling isn't always profitable. But exporting waste means we lose sight of where it goes and whom it may harm. Using and choosing biodegradable packaging can help make recycling lucrative because biodegradable scrap doesn't lose value, like loads of undesirable plastics do.

In the past year, we've covered the impact of plastic waste on the environment in several different stories. You can read about plastic in the Arctic Ocean, the plastic in the oceans that is colloquially called, The Trash Isles, and one potential future solution for plastic bag waste.

Thank you to Jenna Jambeck of the University of Georgia for reviewing this episode's script.